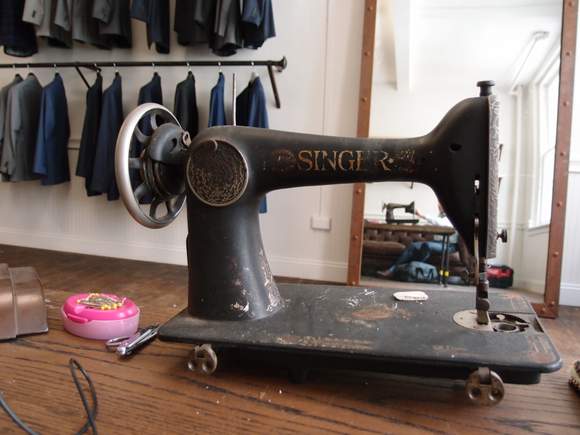 Is Amazon entering the custom clothing business? The New York Times reports that the Seattle-based mega-retailer is looking to expand its share of apparel sales, including by exploring offering custom-fit clothing for customers.

Seattle-based New York Times Technology correspondent Nick Wingfield reports that Amazon is exploring technology to help customize clothing as well as acquisitions.  He suggested that Amazon had designs on Indochino, whom Modern Fellows has profiled in the past (see this interview with the company’s former CEO, Kyle Vucko).

Re-code also reports that Amazon was awarded a patent for a custom manufacturing system, powered largely by machines, that can crank out individual apparel items on-demand. (The original patent application is available via Justia.) I’m sure it’s an intriguing idea for Amazon, but can a company known for low prices on books, music and consumer staples entice fashion-forward men and women to buy custom suits from the same portal? Companies like Black Lapel and Proper Cloth have developed a loyal following among men because they appeal to semi-affluent consumers who want something that is higher quality and more original than what can be found at a local department store or at Amazon.

One option would be for the company to create a separate line or preserve individual business line branding, allowing a company like Indochino to operate independently but using Amazon’s technology to improve ordering, measuring and fulfillment and cross-selling via Amazon.com.  That’s easier said than done, however, as Amazon knows. It shuttered Gilt-competitor MyHabit in 2016.

Would you buy your custom clothes on Amazon?