For a retailer founded in 1901, Nordstrom has done an admirable job of embracing modern fashion and digital retail while still adhering to some important old-fashioned values. The Men’s Shop’s technology-enhanced Fall 2012 Sourcebook is one example, which picks up on the major theme of this blog — the value of dressing sharp. Modern Fellows spoke with Warren Liao, one of the founders of online custom tailoring destination Black Lapel, who recently returned from a business trip to Asia.  Below is a lightly-edited transcript of our conversation, in which Warren discusses how Black Lapel began, his inspiration for starting a business, and what the future holds for his company and menswear more generally. After several months of beta-testing, Modern Fellows officially launches this week. Dedicated to professional men’s style, the new website focuses on the entrepreneurs behind the current renaissance in tailored clothing. Modern Fellows visited Alton Lane’s Dupont Circle showroom to pick out a summer shirt and review the experience. This review, the first in a series on the pursuit of the perfect dress shirt, is based on a May 2012 appointment. 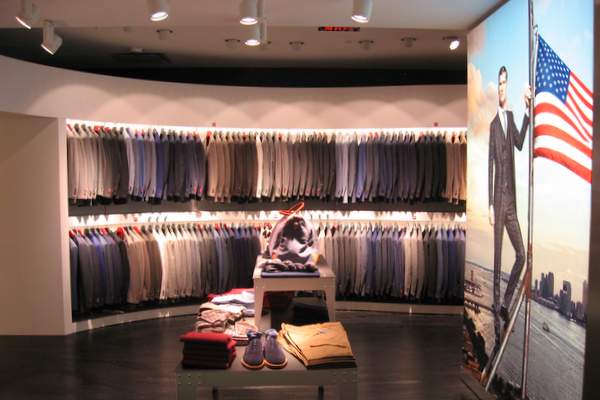 August 30 marked the eagerly awaited opening of Dutch-based Suit Supply in Washington, DC.  Their DC outpost, at 2800 Pennsylvania Avenue in the Four Seasons in Georgetown, is their third in the United States following entries into New York and Chicago last year. I still remember the first dress shirts I bought out of college.  In New York City, I went to the Brooks Brothers flagship store and bought several shirts with pinpoint collars and button cuffs.  Technically, they were my size, but they billowed out uncontrollably.  You could have stuck two of my torsos side-by-side in those shirts. 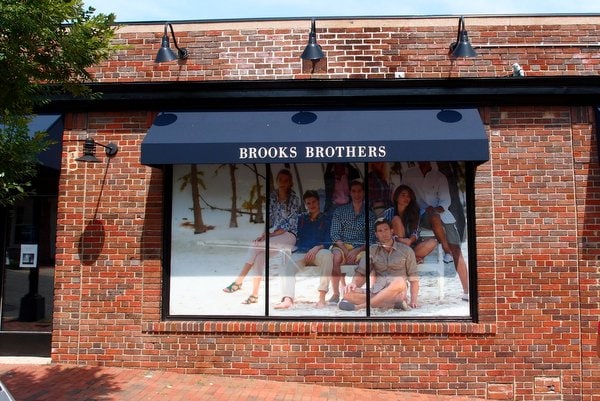 Opened in the fall of 2011, Brooks Brothers’ Georgetown digs and staff are leading a younger, hipper refresh of the iconic American brand, featuring slim silhouettes and Thom Brown-designed, Made in America Black Fleece suits.  Here’s a look inside and outside. Who goes to the mall anymore? Between online deal sites, warehouse events and, increasingly, pop-up and other alt-retail events, savvy retailers and entrepreneurs are coming up with new ways to part men from their money.  In Baltimore on April 28, Confirmed Stock held its inaugural pop-up event featuring “Menswear, vintage, dry goods, lifestyle.” Sunday’s Washington Post business section included an article by Seth Stevenson of Slate.com who went, tongue-in-cheek, in search of “the world’s most exquisite dress sock.” Since so few people can afford $200 cashmere Zimmerli’s, let’s look at a few more affordable choices for everyday wear.

The brief, bumpy journey for the Esquire-backed online men’s shopping destination CLAD has ended as the company halted sales of its deeply discounted inventory. Too bad. The site had potential and the liquidation sale was fun while it lasted.