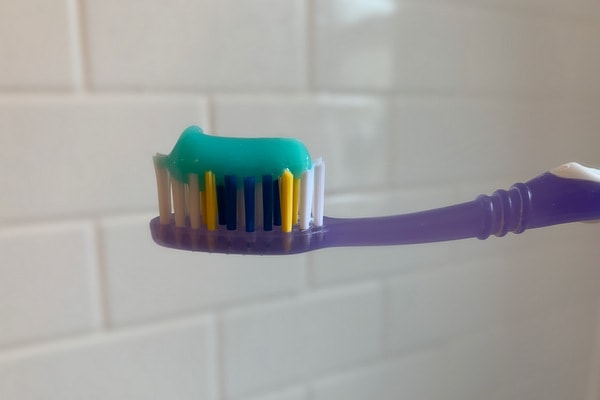 Looking for toothpastes that do not contain stannous fluoride?  This guide is specially formulated with alternatives to Colgate Total Toothpaste for those bummed by its new blend.

I went down a bit of a rabbit hole the past couple of weeks after discovering that Colgate-Palmolive changed the formula of my Colgate Total Toothpaste and that I did not care for the new active ingredient stannous fluouride. (Sometimes we do that here, like with our guide to alternatives to Warby Parker that also let you try on glasses at home.)

Here’s a quick guide to the primary fluorides in toothpaste today along with a list of alternatives to Colgate Total Toothpaste that do not contain stannous fluoride.

Sodium Fluoride is a mineral found naturally in rocks and soil.  Research on sodium fluoride began in the early 1900s, and was added to toothpastes beginning in 1914.  In the 1940s, cities in the United States began adding sodium fluoride (or similar compounds) to public water supplies to combat tooth decay. (Or, if you believe General Jack D. Ripper, “the international Communist conspiracy to sap and impurify all of our precious bodily fluids.”)

Triclosan is an anti-bacterial agent.  It is indicated as an “antigingivitis” agent in some toothpastes, including the formula used in Colgate Total Toothpaste prior to 2019. Colgate Total Toothpaste used triclosan in combination with the anti-cavity agent sodium fluoride until Colgate-Palmolive reformulated the composition in 2019. Since it was removed from Colgate Total Toothpaste in 2019 and was banned from inclusion in topical soaps and antiseptics by the U.S. Food and Drug Administration in 2017, it no longer appears to be in widespread use in personal care products in the United States.

When I reached for a new tube of Colgate Total toothpaste, the packaging didn’t look the same, and the flavor was noticeably different and significantly less appealing. I observed that it left a tinny, unpleasant aftertaste.

Upon closer examination, it became clear that Colgate-Palmolive had changed the flavor and formula of its Colgate Total Toothpaste. They announced the new formula with some fanfare via their “close-talker” Superbowl ad featuring Luke Wilson in February 2019.

2. Triclosan, the prior active ingredient in Colgate Total toothpaste, was banned in topical soaps and is reportedly linked to health risks, including potentially contributing to gut inflammation, potentially altering the gut microbiome, potentially inhibiting thyroid functionality and contributing to overall bacteria resistance.

1. How can I find a toothpaste that does not contain stannous fluoride as the active ingredient? and

2. Why was I using a Triclosan-laced toothpaste for the past decade?

Here is a list of toothpastes that contain Sodium Fluoride or sodium monofluorophosphate as the active ingredient, rather than stannous fluoride.

Toothpastes that do not contain stannous fluoride

Below are several options for toothpastes that do not contain stannous fluoride as an active ingredient as alternatives to Colgate Total (but still contain fluoride). Instead, the toothpastes below contain either the anti-cavity agent Sodium Fluoride or Sodium Monofluorophosphate. Think of these as a small stocking stuffer for the holidays or a thoughtful gift for a dad that’s fed up with the new Colgate Total Toothpaste formula.

Sick of personal care brands “that preyed on fear and shame” and “filled with unfriendly ingredients,” Craig Dubitsky founded Hello Products to make “naturally-friendly,” products for your mouth. Hello CEO Lauri Kien Kotcher captains the small, independent company, which offers a range of toothpastes and oral care products sourced from ingredients variously including charcoal, aloe vera, coconut oil and farm-grown mint. hello’s naturally whitening fluoride toothpaste with farm grown mint and tea tree is a good option to #brushhappy. Browse hello’s line of toothpastes at Amazon, though beware that some of hello’s other toothpaste products do not contain fluoride.

Kate and Tom Chappell founded Tom’s of Maine in 1970 with just $5,000 from Kennebunk, Maine.  Today the company is a multi-million dollar business owned by Colgate-Palmolive (though the Chappells retain a minority stake). Tom’s of Maine has several fluoride toothpastes in its collection that do not contain stannous fluoride, including Cavity Protection Natural Toothpaste in peppermint or spearmint (also available at Amazon). Beware that some of Tom’s toothpastes do not contain fluoride.

Active ingredient: sodium monofluorophosphate
Made in the USA (in Sanford, Maine)
$0.79 per ounce ($4.31 / 5.5 ounces via Walmart.com)

Entrepreneurs John Dwight and Austin Church laid the foundation for Arm & Hammer when they began using sodium bicarbonate in their kitchen in 1846. The two formed competing companies, which were merged under the Church Dwight Co. in 1896. More than a century later, in addition to baking soda, Arm & Hammer manufactures a line of toothpastes.  Arm & Hammer’s Advance White Extreme Whitening with Stain Defense in Fresh Mint is a solid toothpaste option without stannous fluoride.

Owned by Procter and Gamble, Crest + Scope makes a mint-flavored Complete Whitening Toothpaste that does not contain stannous fluoride. Check out this value pack via Amazon. Careful: Other Crest toothpastes, including Pro-Health, use stannous fluoride as an active ingredient.

Owned by GSK, Aquafresh has been around since 1979. (It was the toothpaste of choice in my household for a while growing up in the 1980s.) Aquafresh’s Extreme Clean Pure Breath Fluoride Toothpaste for Cavity Protection is available at Amazon.com and is one of several of their toothpastes that do not contain stannous fluoride.

From Maine, Burt Shavitz and Roxanne Quimby came up with the idea for Burt’s Bees in 1984. The company has evolved from a candle-making company to a multinational personal care company that was purchased by the Clorox Company in 2007. Burt’s Bees Clean & Fresh Mint Medley Toothpaste (via Amazon) contains Fluoride and is flavored with essential oil Mint Medley.

2 thoughts on “These 6 Toothpastes Do Not Contain Stannous Fluoride. They are Great Alternatives to Colgate Total.”