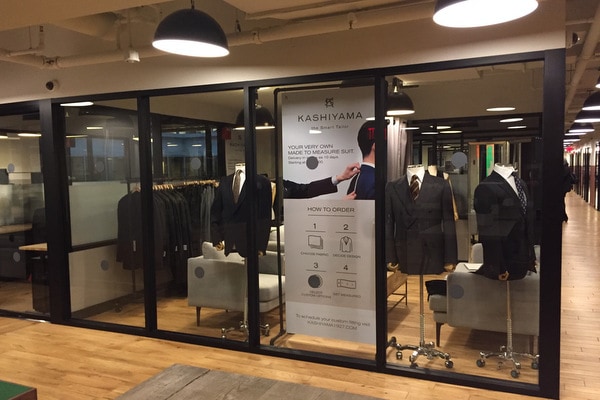 While you may have not heard much about affordable custom suit brand Kashiyama the Smart Tailor before, you’re likely to hear a lot more in the coming months thanks to a major push by the Japanese brand into the U.S. market. Keep reading for Modern Fellows’ review of Kashiyama, which offers made-to-measure suits for men as low as $300, and take a glimpse inside their WeWork studio in Washington, DC. 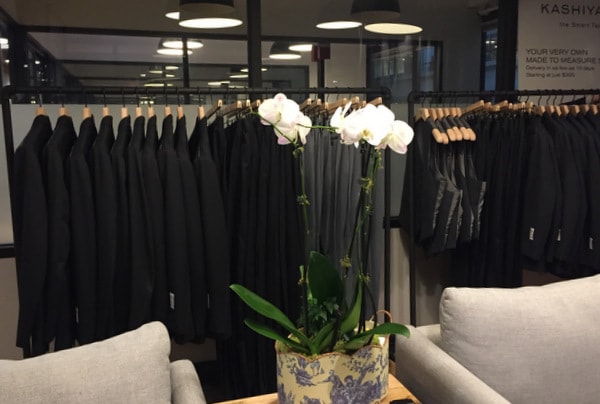 About Kashiyama, the Smart Tailor

The Onward Group, a Japanese conglomerate dating back to 1927 that also owns iconic American brands including J.Press and Jil Sander, launched Kashiyama the Smart Tailor in Japan in 2017.

Kashiyama offers made-to-measure suits for men for an eye-popping $300, a price point below other competitors like Alton Lane, Blank Label, Hall and Madden, Knot Standard, Lanieri and Oliver Wicks, and promises delivery to your door in as little as 10 days. Since its opening, Kashiyama has suited up more than 200,000 men.

The company subsequently pushed into the United States, opening a flagship store in New York, followed quickly by two other NYC locations and showrooms in Boston, Philadelphia and Washington, DC.  Kashiyama is about to blanket the globe with up to 100 stores over the next several years, including upcoming showrooms in Arlington, VA; Tysons Corner; Charlotte, NC; Chicago, Houston, and San Francisco, as well as additional locations in China and Japan.

Kashiyama keeps costs low and appeals to entrepreneurs by opening showrooms in WeWork locations. While many entrepreneurs and millennials don’t need to wear a suit everyday, Kashiyama is betting that everyone needs at least one or two nice suits in their wardrobe. 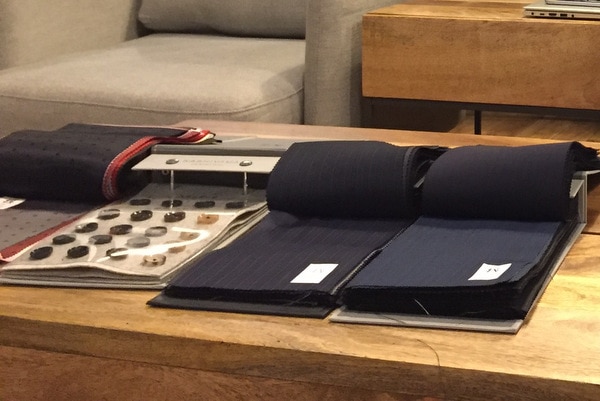 Before you get too excited about $300 custom suits, the intro-level suits feature basic fabrics, including some that are wool-polyester blends.

Leaf through the company’s fabric books and you’ll see much more appealing options for between $500-$800, including luxury fabrics from the likes of Italian mills Loro Piana and Vitale Barberis Canonico.  While I’m not much interested in a wool-poly blend suit at any price, a well-fitting suit made from Loro Piana fabric for $800 is something to get excited about. 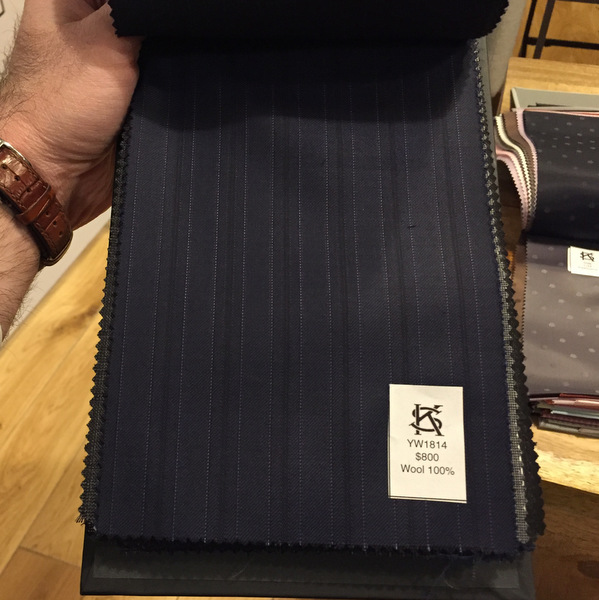 The company currently owns factories in Japan and China, but is in the midst of expanding its capacity to produce suits in Japan.  This is important because the customization options differ widely between Kashiyama’s Japan and China factories and because, currently, all U.S. suits are produced at the Chinese factory.

Currently, suit options are more limited for U.S. customers, who are currently served by the Chinese factory.  Kashiyama expects its Japanese factory to serve U.S. clients by the end of the year, which will unlock additional customization options such as thinner lapels. 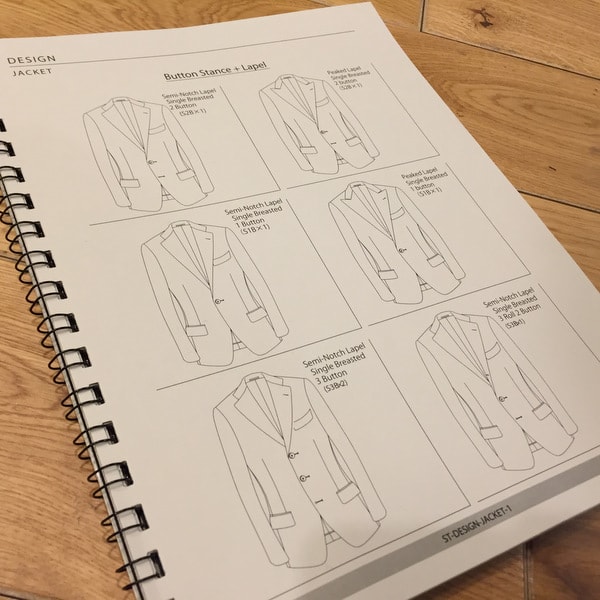 How to order a Kashiyama suit

The only way to buy a suit from Kashiyama is to schedule an appointment to visit one of their showrooms, most of which are located in WeWork spaces on the East Coast of the United States.  Unlike companies such as Black Lapel or Indochino, you cannot opt to take your own measurements and order a suit online.

Once you arrive at WeWork, you’ll be guided up to Kashiyama’s space, where you will meet a representative who will greet you, take your measurements and guide you through fabrics and suit details.

After that, Kashiyama will custom-make the suit at its factory and ship it directly to the customer’s door using its “Pack-Runner technology” that minimizes wrinkles. If the suit doesn’t fit as it’s supposed to, customers can bring it to the local showroom for a consultation and alterations. 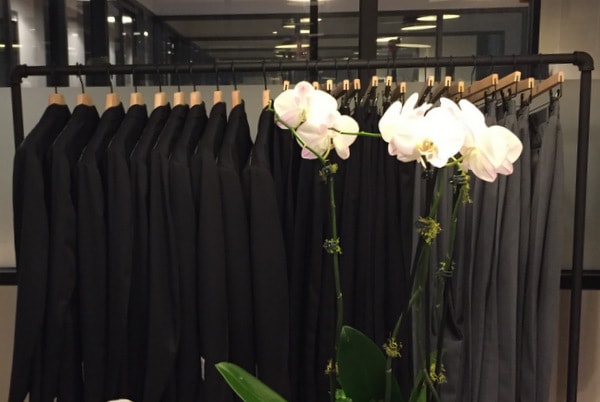 Inside the Kashiyama showroom at WeWork in Washington, DC

The company tapped Aaron Goode, a DC menswear entrepreneur who has worked with innovative brands including Charles Tyrwhitt and Ledbury, to launch its DC showroom.

Since opening in February 2019, Aaron has seen a steady stream of a cross-section of the DMV into the Kashiyama space that is tucked into WeWork near the White House, including students and interns, federal employees, WeWork tenants and the United States Secret Service. 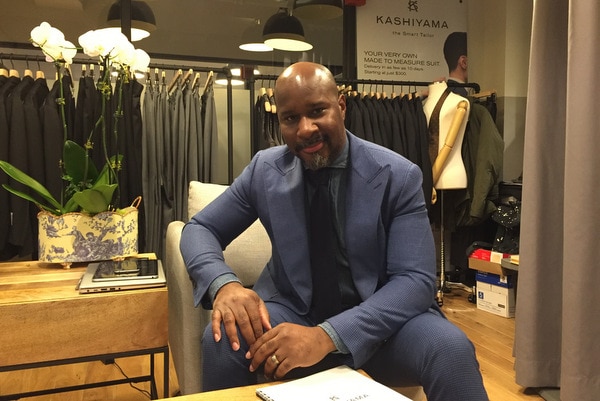 The space itself, which is similar to Kashiyama’s other installations at WeWorks across the United States, is small but functional.  It consists of a couple of couches, a fitting room, racks of jackets and pants to try on, and boxes filled with fabric swatches.

Keep an eye on Kashiyama the smart tailor. It will be interesting to see how the brand evolves in the coming months following its expansion in the United States and new factory in Japan, which will bring many more options to American men in search of a custom suit.