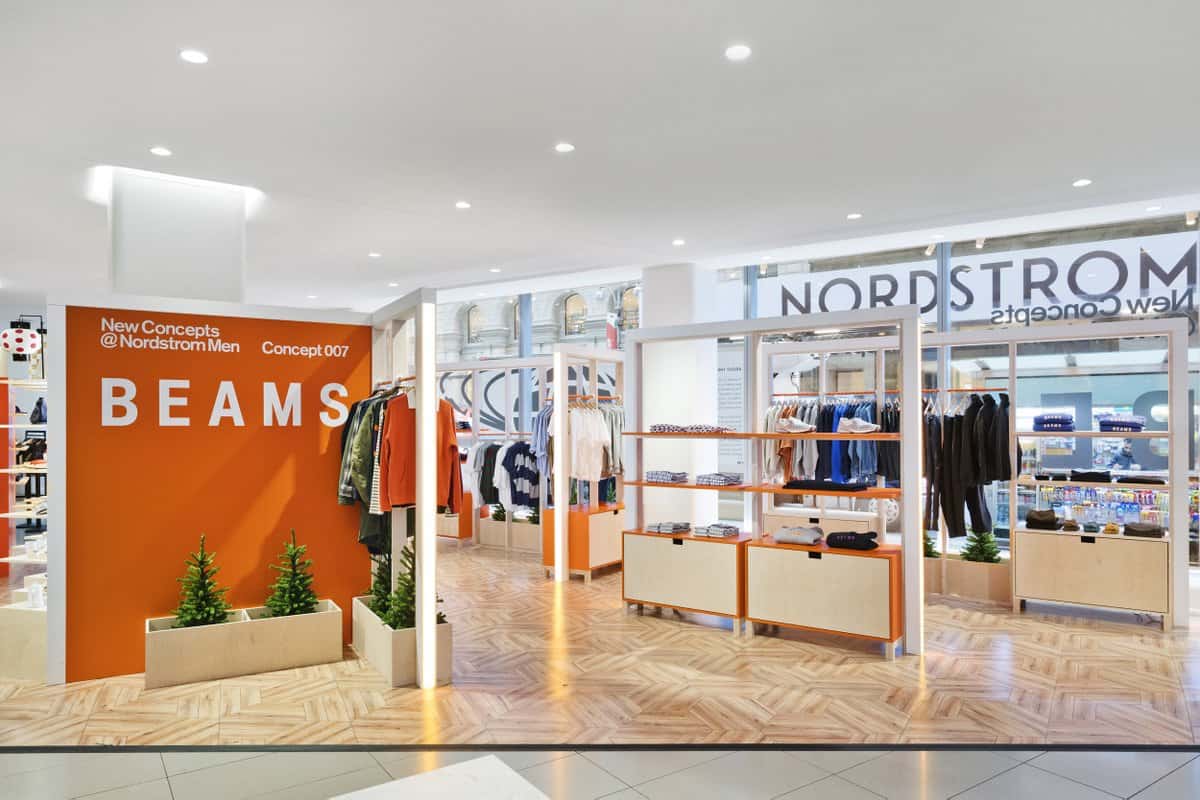 Discover Nordstrom’s New Concepts initiative and get to know all of the fresh and stylish clothing brands they feature.

What is New Concepts by Nordstrom?

In January 2019, Nordstrom launched “New Concepts,” an initiative to feature fresh and stylish brands for men as well as women and kids via dedicated online and physical pop-up stores.

Sam Lobban, Nordstrom Senior Vice President for Designer and New Concepts, is captaining the initiative. Lobban, who cut his teeth as a buyer at Mr. Porter and Selfridges, has assembled an impressive collection of edgy and of-the-moment brands, which the company is dolling out one-at-a-time across its platforms.

The triple-digit numbering suggests an ambitious project. Perhaps Lobban and Nordstrom intend to get to 100 or more features.

While you can check out the the latest brand to be featured via New Concept at Nordstrom online, here is a rundown of all of the brands who have been featured so far:

In February 2019, Nordstrom launched New Concept 2: Dior, in which Lobban transitioned to feature just one brand. The pop-up highlighted French luxury house Dior. The collection is Kim Jones’ first for the brand and includes work commissioned by the artist KAWS, which plays with the Dior logo and bee across a range of t-shirts, jackets and bags.

William’s youth and interest in subcultures has had a big impact on his work, the ALYX look is a mash up of punkish surf, skate, and club cultures from his California teens which he turns into futuristic high fashion that’s somehow both edgy and tactical.

Lobban added that, “Alyx is rooted in functionality and how it can be incorporated into peoples’ lives. A lot of times fashion is for fashion’s sake, promoting purely the aesthetic. Matthew balances the aesthetic with making forward-thinking menswear that guys will really want to wear.”

In March 2020, amid the pandemic, Nordstrom launched Concept 9 focused on Thom Brown, the famed menswear designer who pushes the envelope on formal suiting and luxury neckties.

At the time, Lobban noted that, “what we are excited to discover with Thom Browne is how the concept of “suiting” continues to be evolve in the eyes of consumers.”

He added that, Nordstrom was bringing Brown’s “concept that combines traditional as well as unconventional tailoring to our broader customer base.”

With New Concept 10: Activate, Nordstrom returned to featuring multiple brands for its campaign.

Nordstrom collaborated with Noah for New Concept 11 in August 2020.

Babenzien, who was tapped by J. Crew as its lead menswear designer, gave some shine to Lobban, observing that “Sam’s work within Nordstrom is a great example of how the industry is evolving, understanding that the bottom line can be improved by having fun and working on interesting partnerships where everyone benefits.”

The pop-up shop included clothing and accessories for women and men from 28 brands ranging in price from $20 to around $1,600.

Twenty-five of those brands were made available at Nordstrom for the first time.

Nordstrom collaborated on the pop-up with Fear of God founder Jerry Lorenzo.

Nordstrom’s collaboration with Fear of God included an “exclusive mainline capsule [featuring] suiting, jackets, accessories and footwear in natural palettes as well as Fear of God’s classic hoodies and sweatshirts.”

The holiday-themed pop-up shop featured a variety of fun and quirky gifts.

Pangaia, according to Nordstrom, is “a materials science company on a mission to save our environment.” The company creates innovative, sustainably-made clothing from bioengineered materials and innovative technologies.

Pangaia is a sustainable fashion brand that makes comfort-focused apparel for women, men and children.

Nordstrom’s installation is the first physical retail presence in North America for Pangaia.