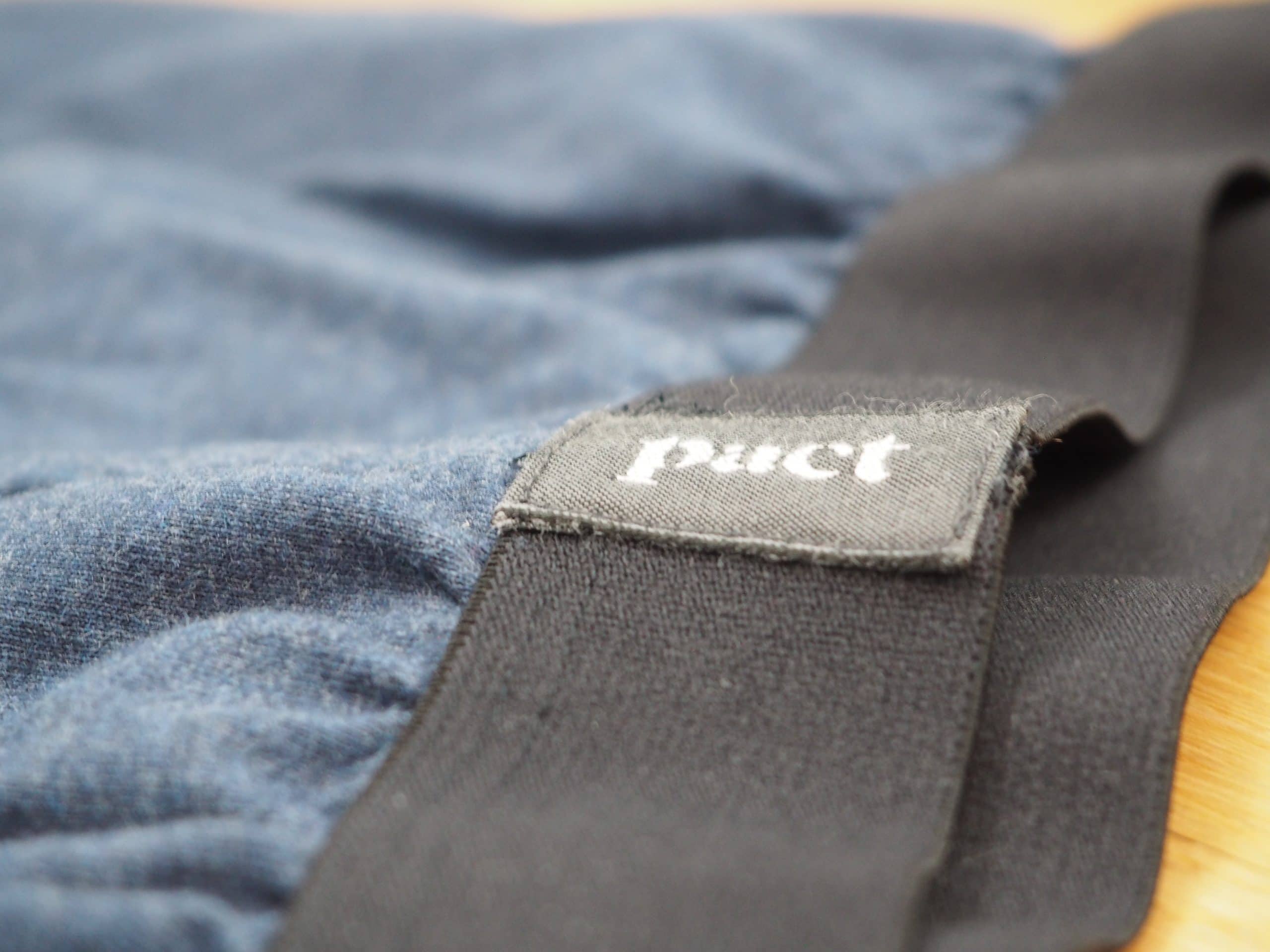 In this review, I explore why Pact Clothing’s soft, tagless knit boxer shorts make a great alternative to the Gap.

For me, and I suspect most people, underwear is an afterthought. I tend to find a brand that works for me and then I stop thinking about it for a very long time.

Then, every once in a while, I reevaluate my choices.

A couple of years ago, I decided to try RibbedTee and found their made-in-America undershirts were a great reason to re-evaluate my underwear drawer.

Before that, colorful socks from Unsimply Stitched brightened up my plain sock drawer.

Until recently, I had been buying boxers from the Gap.

Boxers from the Gap are tagless and 100% cotton. They’re soft enough. They’re also affordable as long as you buy them on sale.

Those factors were enough for me to put my underwear buying on autopilot.

I recently reviewed stretch, tagless boxer shorts from Goodthreads, one of Amazon’s core private label fashion brands for men. (They’re fine but not my new favorite.)

Then I received a pair of tagless boxers from Pact Clothing. (Disclosure: I received them for free.)

Pact Clothing specializes in sustainably and ethically-produced organic cotton basics, and is an impressive example of the kind of direct-to-consumer e-commerce brand helping men and women dress sharp in the digital age.

Jason and Jeff started with underwear.

Prior to acquiring Pact, Brendan launched Bear Naked, which specializes in organic granola.

While I usually don’t spend a lot of time thinking about my underwear drawer, I am pretty particular when it comes to what kind of underwear to wear.

Here’s what I look for:

Pact’s tagless boxers check all of those boxes:

In addition to all of that, Pact sources its knit boxers from a Fair Trade Certified factory and its cotton is certified organic by the Global Organic Textile Standard scheme.

The big question is, how do they fit and feel?

When I first unboxed the boxers, I was a little worried that the knit material would be too flimsy and lack the structure that I liked from the relatively soft and thick cotton boxers that I was used to from the Gap.

But, when I put them on, they felt great. They’ve continued to feel great all day long through multiple washes and wearings.

It’s also nice to see Pact putting out their knit boxers in even more colors (they’re up to 4 different colors as of this writing, including a bright, multi-color “resort stripe” pattern.)

That’s why they’re among my new favorite boxers.