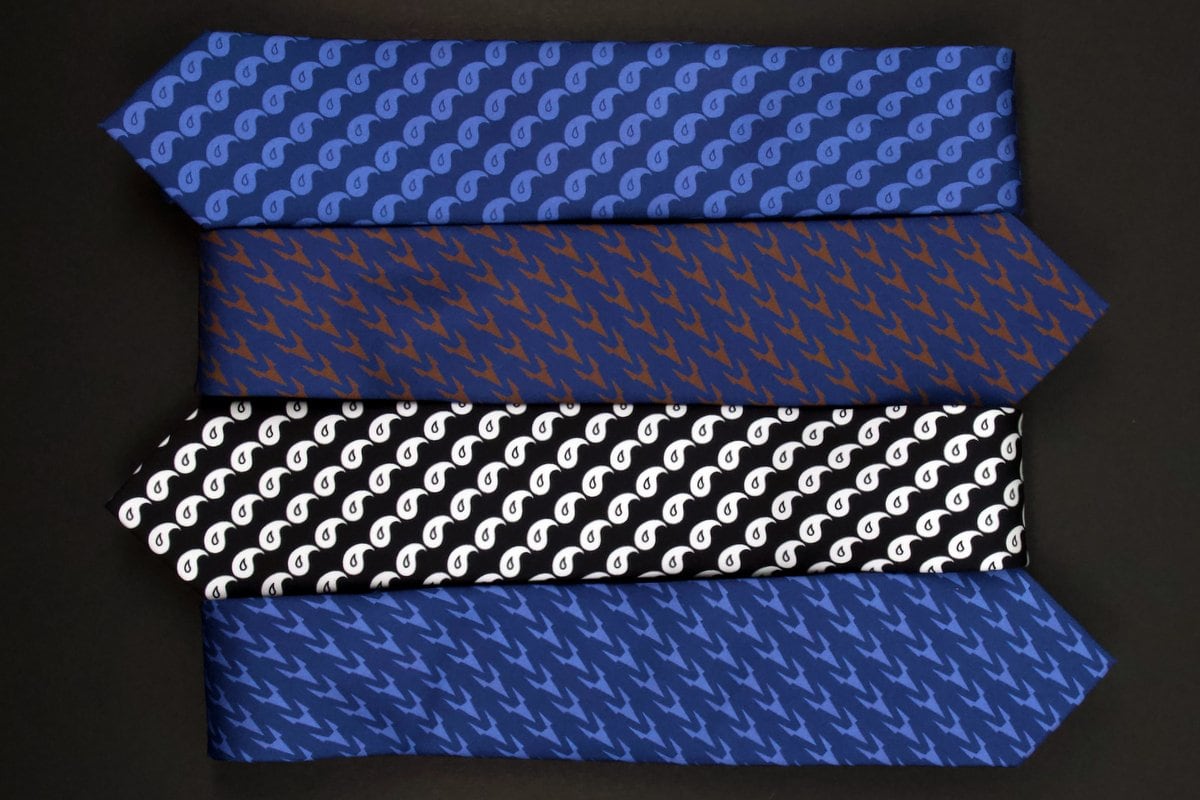 The Chicago-based menswear clothing brand has dropped a selection of vibrant ties and accessories in partnership with Michel Men in the first of what it promises is an ongoing initiative to support emerging designers.

I’ve long appreciated Tie Bar’s focus on affordable, elevated style for men, and enjoyed browsing their physical store in Washington, DC (which has sadly shut down).

Founded in 2004, the company was an early example of a direct-to-consumer men’s clothing brand.

Tie Bar announced the launch of its Strong Ties incubator on March 22, 2021.

“With Strong Ties, we will always aim to give back by helping move the needle for those most often marginalized within the fashion industry,” according to a brand spokesperson. “The fight for racial equality cannot be won alone, but together we can all play a part to create change.”

Tie Bar characterizes Strong Ties as “an ongoing program for linking outstanding, progressive and emerging menswear designers with the Tie Bar label to create an incubator of talent and style at affordable price points.”

Participants in the program will be fully immersed “into the world of Tie Bar, with the goal of using the brand’s platforms to help aid their current and future growth.”

According to Tie Bar, 100% of the proceeds of each collection will flow directly to the designer.

How to apply for Tie Bar’s incubator program

While a press release announcing the first partnership with Tie Bar through their Strong Ties incubator initiative indicates that you can visit tiebar.com to apply, as of this writing there were no details on how to do so on the website.

For its first collaboration, Tie Bar partnered with Whitney Michel and her New York City-based brand Michel Men on a vibrant collection of neckties, pocket squares, socks and bags, which are pictured throughout this article.

Get to know Whitney Michel

Whitney was raised in Brooklyn, NY and is a first generation Haitian American.

[Whitney] accounts being raised as the only girl in a family with four brothers, love for film and her early exposure to art, from her oil painter father, as her strongest influences. With the long desire to become a designer, Michel moved to NYC to attend the prestigious Parsons, School of Design, where the MM brand was created. Michel has honed her menswear skills contributing on the styling teams of Vogue & GQ, Man of the World & more.

Jim Moore, GQ’s Creative Director At Large, adds that, Whitney’s “keen eye for style and inspiring ability to reflect on the past while staying totally modern, and true to her vision, makes her a menswear force to watch.”

Check out this Youtube video for more about Whitney’s vision for Michel Men: