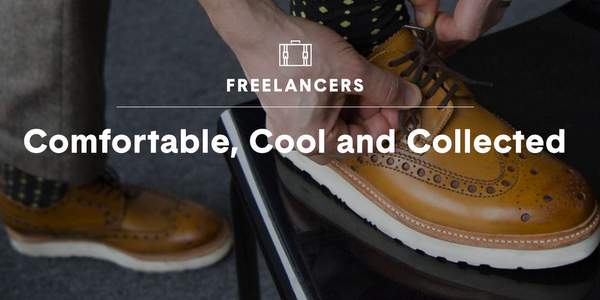 Modern Fellows is excited to be featured alongside fellow freelancers Matt from Executiveinsweatpants.com, Robert of Money Nomad and Emily from Groomed LA on an infographic from underwear startup Tommy John on Staying “comfortable, cool and collected.”

Tom Patterson founded Tommy John underwear in 2008 in San Diego, California as a side gig while selling medical devices at hospitals by day. Fast forward about a decade and Tommy John underwear — now headquartered in New York– is sold in major retailers like Nordstrom and a major player in men’s undergarments.

At $30 and up, their underwear and undershirts aren’t cheap, but Patterson has found a market among men who are increasingly paying attention to details, all the way down to their underwear.

Their infographic features tips from Modern Fellows, Groomed LA and Executive in Sweatpants on how to stay comfortable on the job. Check out the image below for more details: