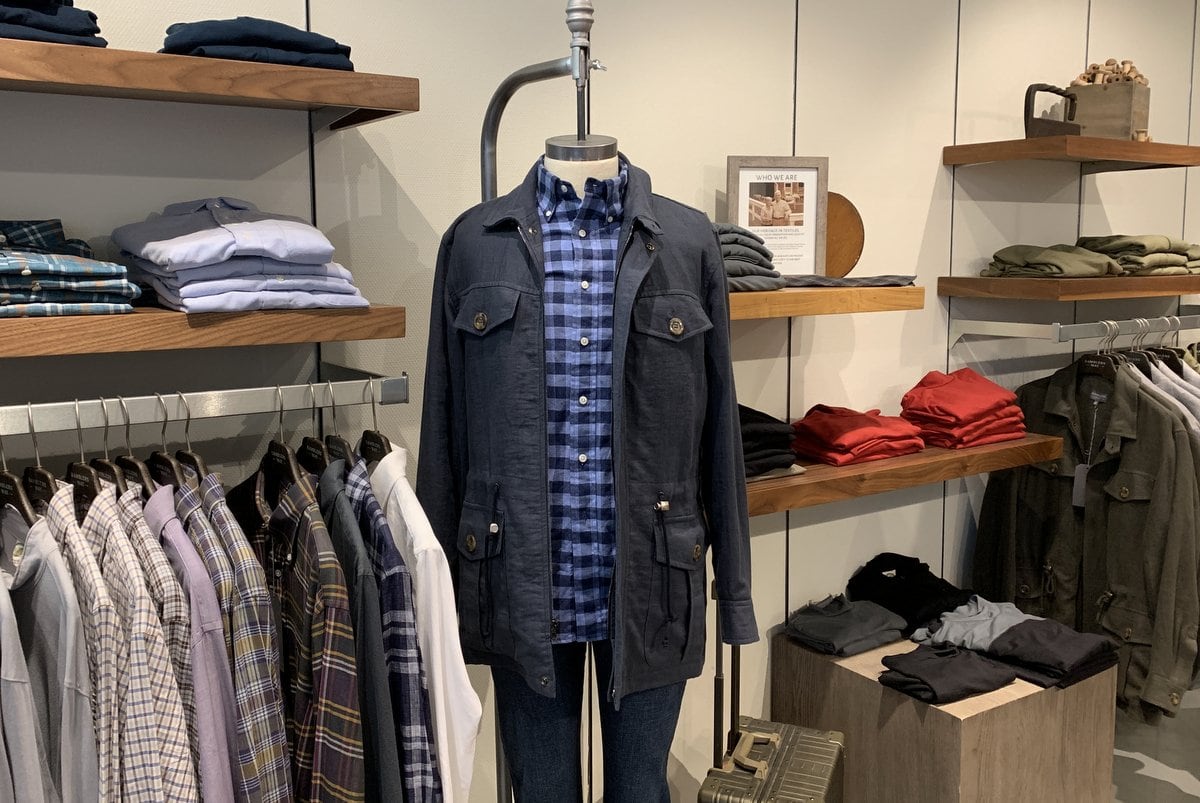 Can Ramblers Way, the high-end fashion brand started by Toms of Maine founder Tom Chappell, gain traction? Look inside their Portland, ME store and get to know their sustainable, mostly made-in-America clothing in this review:

Ramblers Way is an inspiring brand that is contributing to a surprisingly vibrant fashion and apparel community for women and men in Portland, Maine alongside other stores like Portland Dry Goods. 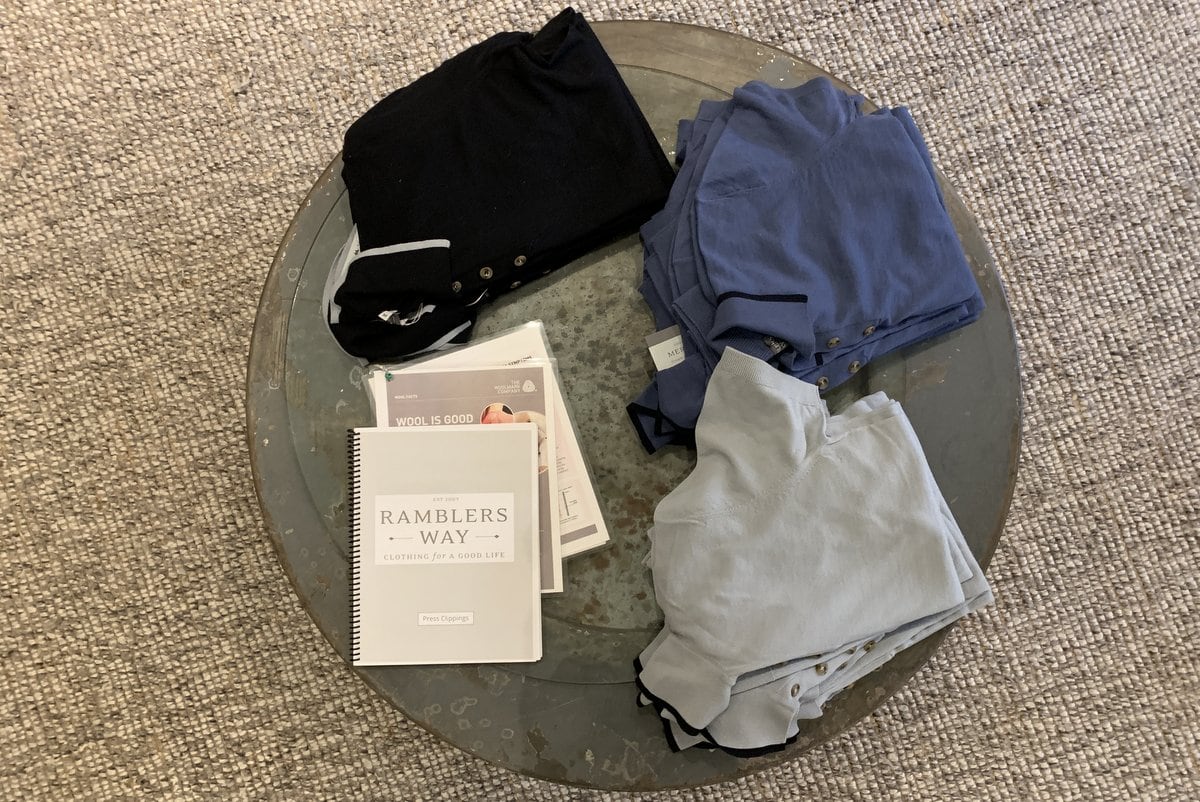 In 2006, Tom Chappell, fresh off selling his sustainable personal care products company Toms of Maine to Colgate-Palmolive Co. for $100 million, was walking in Wales with his son when he had a problem. He couldn’t find the perfect clothes to keep him dry and warm through the wet Wales weather. 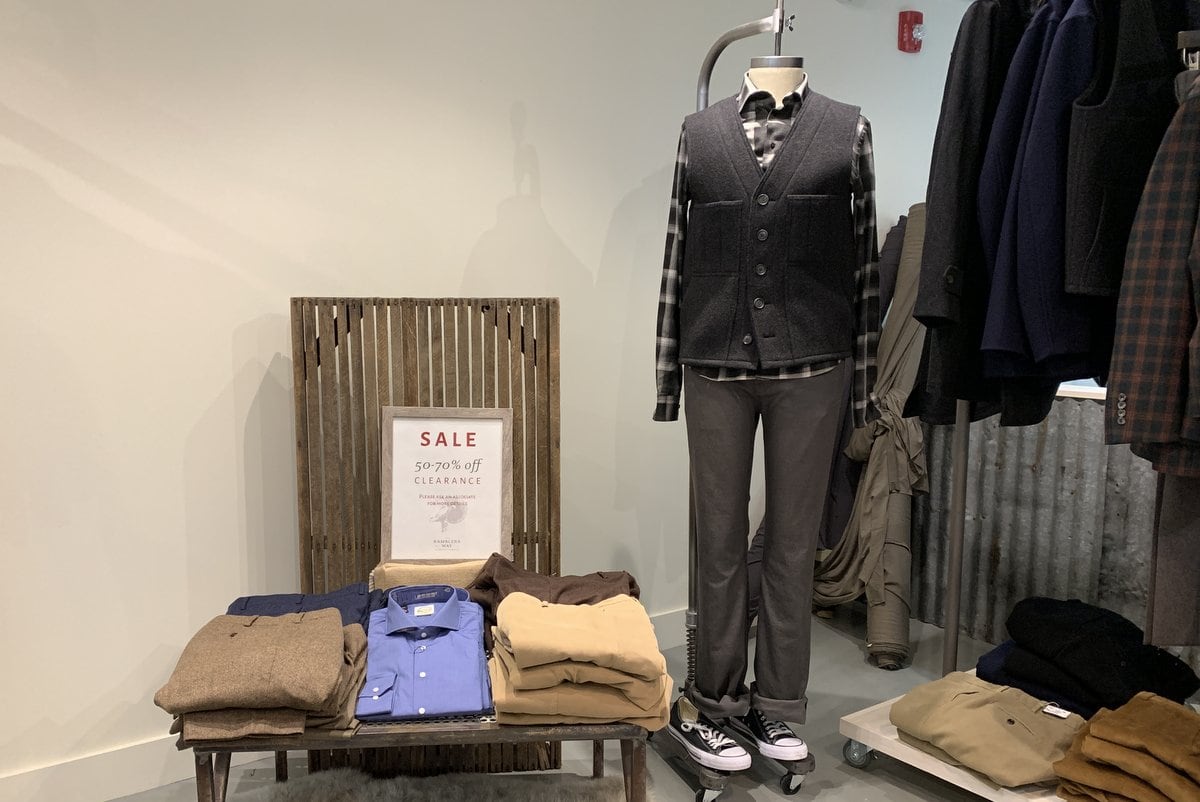 So he decided to embark on an ambitious project to make better, more sustainable clothing from natural fabrics.

Tom launched Ramblers Way in 2009, adapting his motto of “ethical entrepreneurship” from Toms of Maine to the textile and apparel industry. The company focuses on sustainability and making their clothing for women and men in America (in Kennebunk, Maine, specifically.) 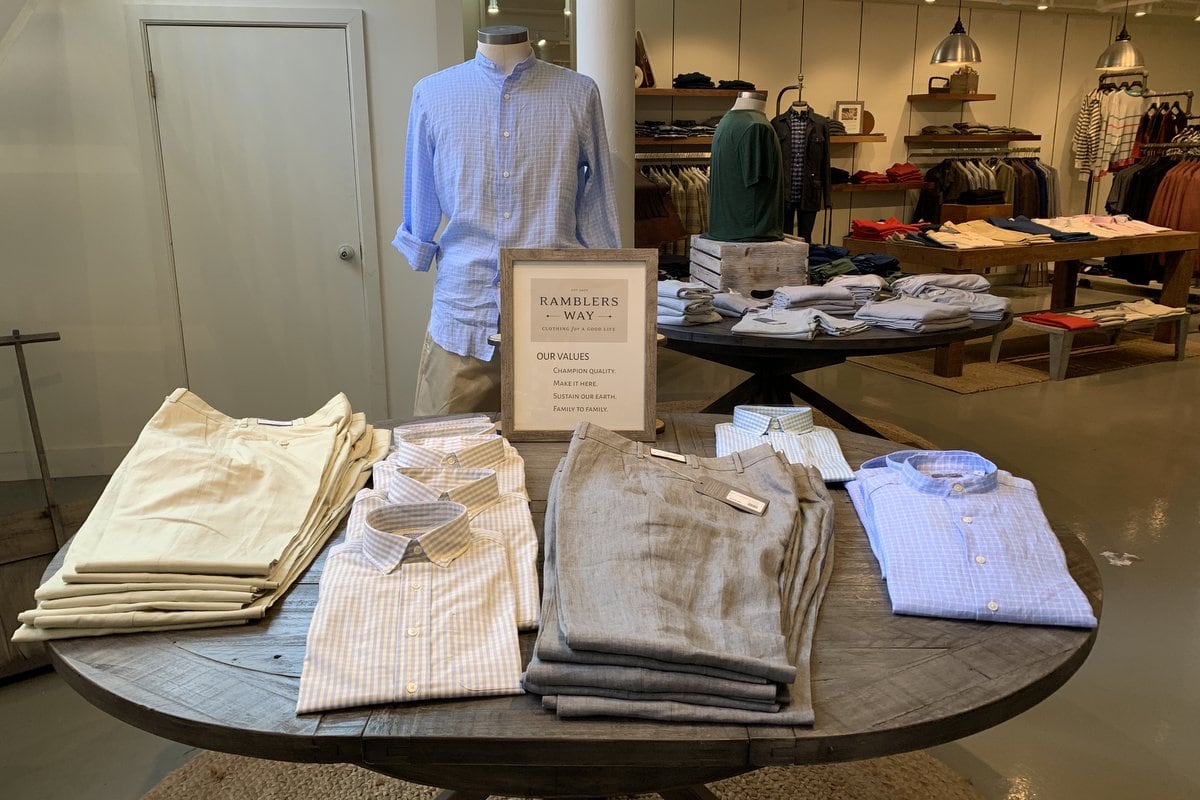 Their apparel lineup is centered around super-fine wool, which they source from what they call a sustainable supply chain in the United States, as well as super-soft Pima cotton.

The company has faced some bumps in the road, however: 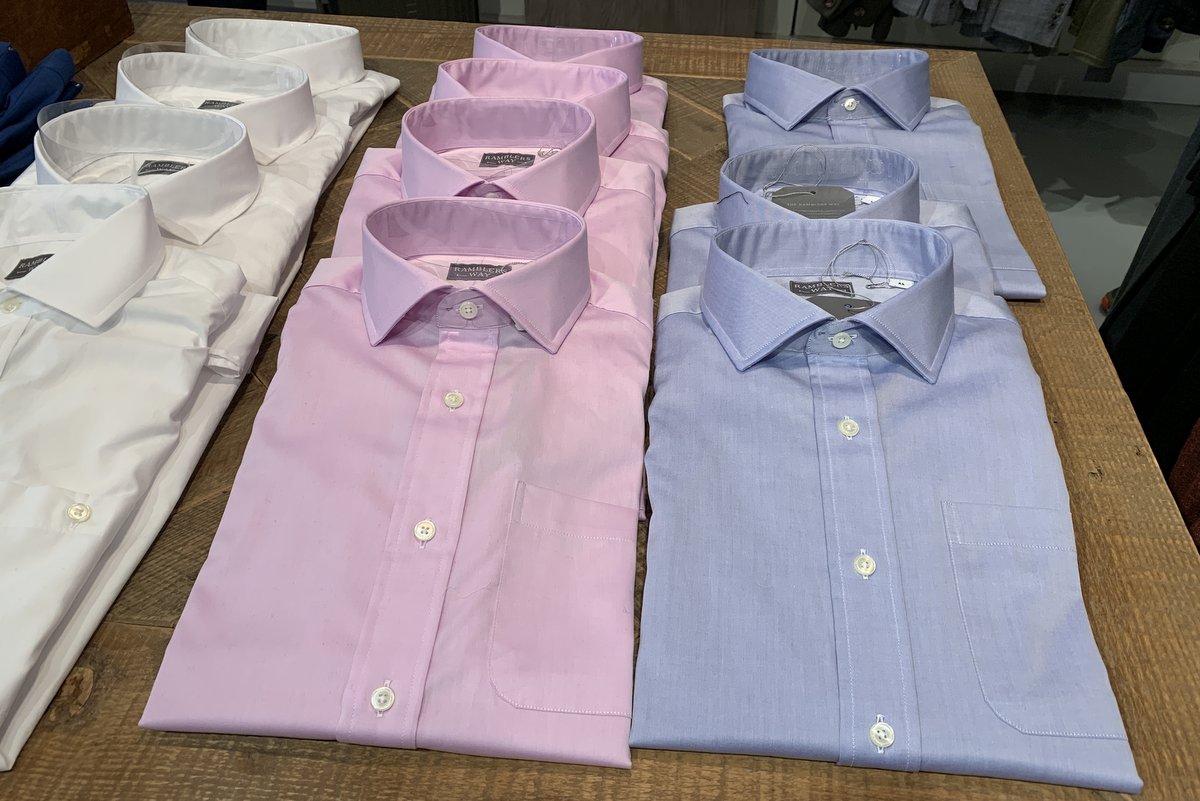 Tom Chappell has embarked on a massive and interesting experiment in retail.  It will be interesting to see if Chappell’s high-end retail concept can find a large enough audience to survive.

Ramblers Way’s Portland, ME-based retail shop appears to be doing well. Their clothes for men and women are undeniably attractive, and the story behind the brand is inspiring.

But that combination of ethical sourcing, American-made, and high end fabrics, while admirable, layers on multiple marginal costs for the clothing.  It’s fair to ask what kind of a market exists for $230 linen chinos and $90 henley shirts. 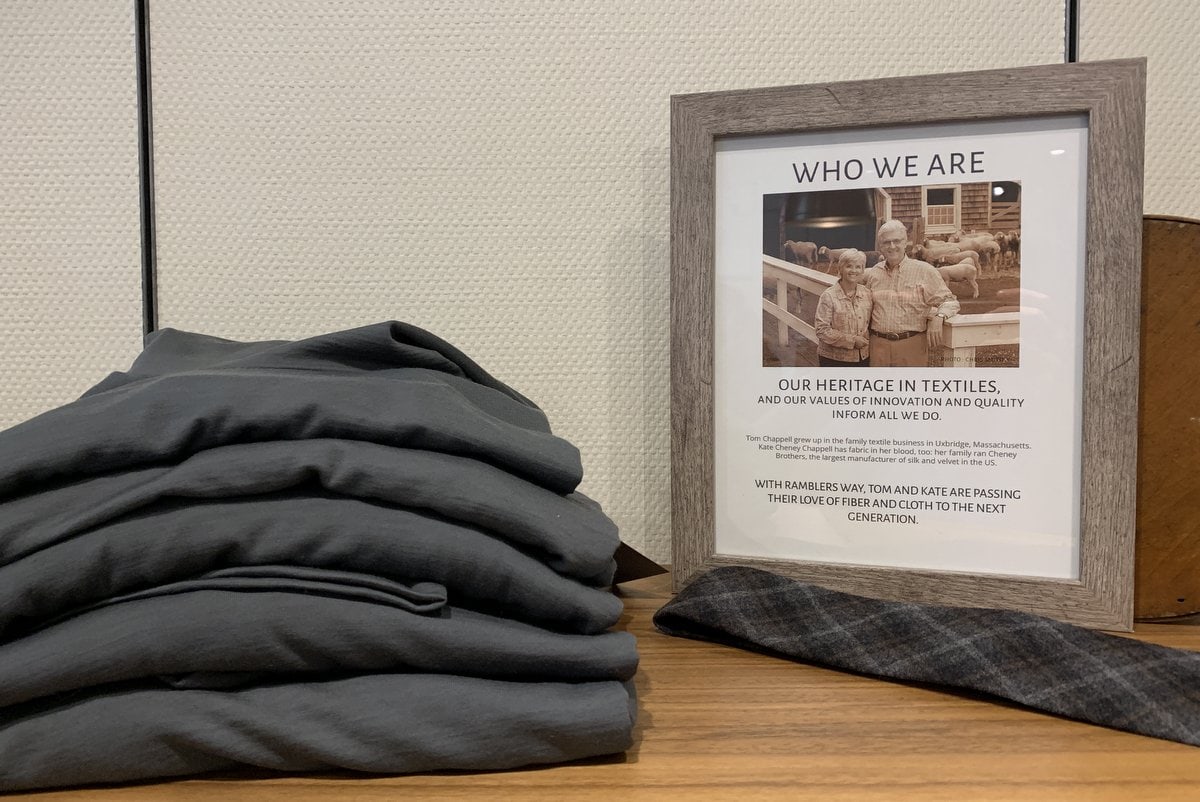 I look forward to following Ramblers Way’s journey.  Check out the brand online or in their Portland, ME flagship store, where these photos were taken.