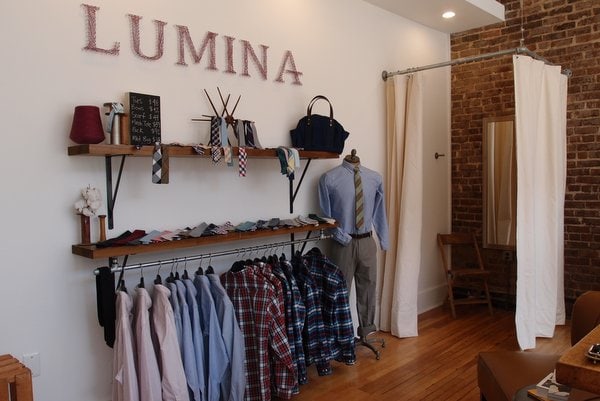 Retail is a high-risk, low-margin business that has become even more cutthroat in the digital age. A number of e-commerce platforms were innovative and celebrated, but unfortunately went out of business.  Below are 5 of our favorite fashion brands that didn’t make it.

It first operated via a mobile app, which launch in 2014, and followed with a desktop site a year later. Spring offered a slick interface that connected 1,500 fashion brands for men and women without taking on inventory. The company drop-shipped products from individual brands.

I always enjoyed linking to the Spring website, because they helped tell the story behind the brands, which is something we try to do here.

Spring shut down its shopspring.com website and relaunched an iOS app District. The company promises that District will deliver “everything you love about Spring…plus some serious perks: free 2-day shipping and free returns on everything.”

Maybe. Or maybe not. As one reviewer commented, “They were the best! BRING BACK SPRING.”

Kevin Seiff founded Pivot, a golf apparel business, in 1991, before changing the entire business model and name to Bluefly in 1998. A year later, George Soros invested in the internet fashion outlet store.

The company hit a ton of turbulence in 1999 and 2000 but was able to survive, barely, the great implosion of online e-commerce that swallowed up the likes of Pets.com. The company was burning through cash and there was speculation that Bluefly wouldn’t make it.  Investors and executives navigated choppy waters for nearly two more decades as Clearlake Capital Group took the company private in 2013 at a massive discount.

Executives were innovative along the way, launching Belle & Clive in December 2011, an upscale flash-sale site featuring brands like Tod’s, Hickey Freeman and Prada. At about that time, I had a thing for Hugo Boss and happily browsed and bought several suits from Bluefly.

Company brass reported strong 2018 holiday sales, but BlueFly abruptly filed for bankruptcy on Friday, February 1, 2019. The move shocked its own employees who tried to show up for work at their offices in the Garment District but found they were locked out.

Oh how we loved Clad. The brand launched as a partnership between Hearst Magazines, which owns Esquire, and JCPenney’s Growth Brands Division in November 2011. The project had been in the works for a while, having been teased by Esquire 4 months earlier.  The site curated a variety of dressy and casual looks for men from brands including Calvin Klein, Joseph Abboud, Hugo Boss, Persol and Ben Sherman.

New JCPenney CEO Ron Johnson came in and quickly shut down the site. Shuttering Clad was just one in a tornado of changes that alienated existing customers and tanked JCPenney’s brand, perhaps irrevocably. 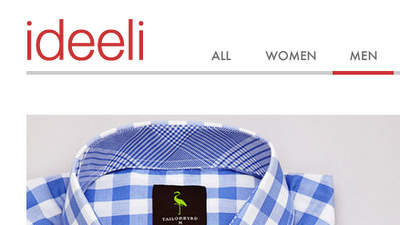 Entrepreneur Paul Hurley founded Ideeli in 2007 and took the company to number one on Inc. Magazine’s Inc. 500 in 2011.

During its heyday, Ideeli hosted a rotating series of flash sales featuring mid-priced and affordable brands for men that included Jack Victor, Tailorbyrd and Tommy Hilfiger.  At the time, I wrote that it reminded me of “an online cross between Lord and Taylor and Nordstrom Rack.” Fast forward to 2014, when Groupon bought Ideeli for $43 million in cash.

Today, Paul is the Co-Founder and Managing Partner of digital marketing firm Exacti.us.

Barton Strawn founded the now shuttered Raleigh, North Carolina-based menswear brand Lumina Clothing in 2009 as a hobby.  He and his team took Lumina on the road to trade shows and multi-brand conventions like Northern Grade, where he created a community around the company’s American-made, preppy menswear line.

I had a chance to visit Lumina’s flagship store in downtown Raleigh, which opened in November 2012 to display their then-growing line of men’s clothing and accessories. The store also featured a curated selection of menswear accessories from like-minded made-in-America brands like Zkano socks, Field Notes, and Ebbets Field hats, making it, for a time, a unique alternative to J. Crew’s curated catalog.

Barton since moved to Utah and is a creative strategist for Coel Studio.