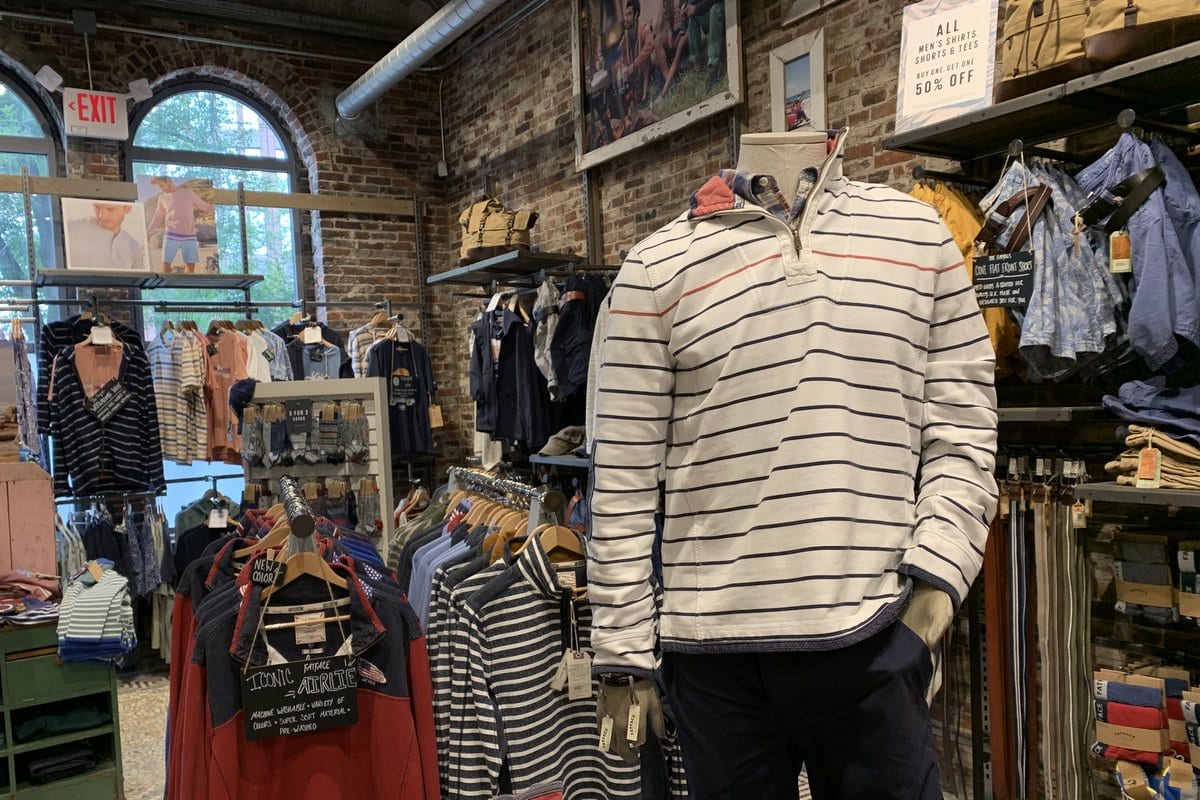 Get to know Fatface, the “best British brand you’ve never heard of” for casual and outdoor clothing for men, women and kids, and review the company’s U.S. stores.

Keep reading for a review of the Fatface brand, including key clothing pieces like the iconic Airlie sweatshirt, and a look inside their Old Port location. 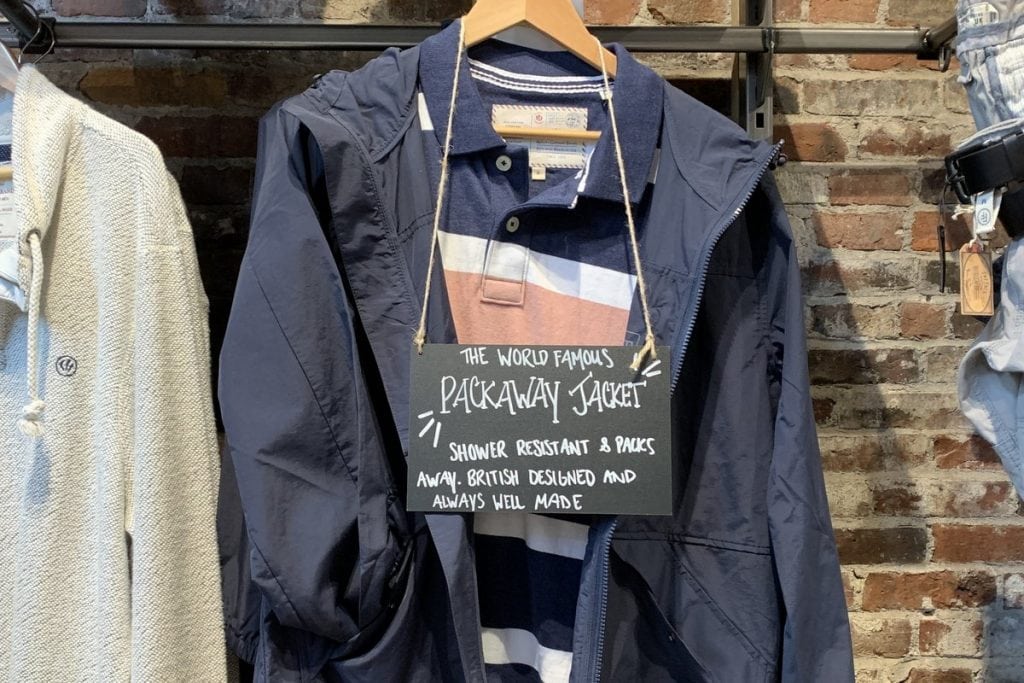 Fatface’s story predates many of the current direct-to-consumer e-commerce brands for men by about 20 years.

Ski bums Tim Slade and Jules Leaver founded Fatface in 1988 selling sweats and t-shirts from their backpacks on La Face in Val d’Isere in the South of France, then holding what today would be called pop-ups around the slopes of Europe.

The company opened its first retail shop in 1992 in Fulham in the United Kingdom and began mailing out catalogs to subscribers in 1993. (Snail mail catalogs, by the way, remain a surprisingly important channel of communication for e-commerce retailers in the digital age.)

Buoyed by outside investments, Fatface expanded across the UK through the 2000’s. During the financial crisis, however, business suffered, and led to a heavy reliance on discounting and reported quality issues. 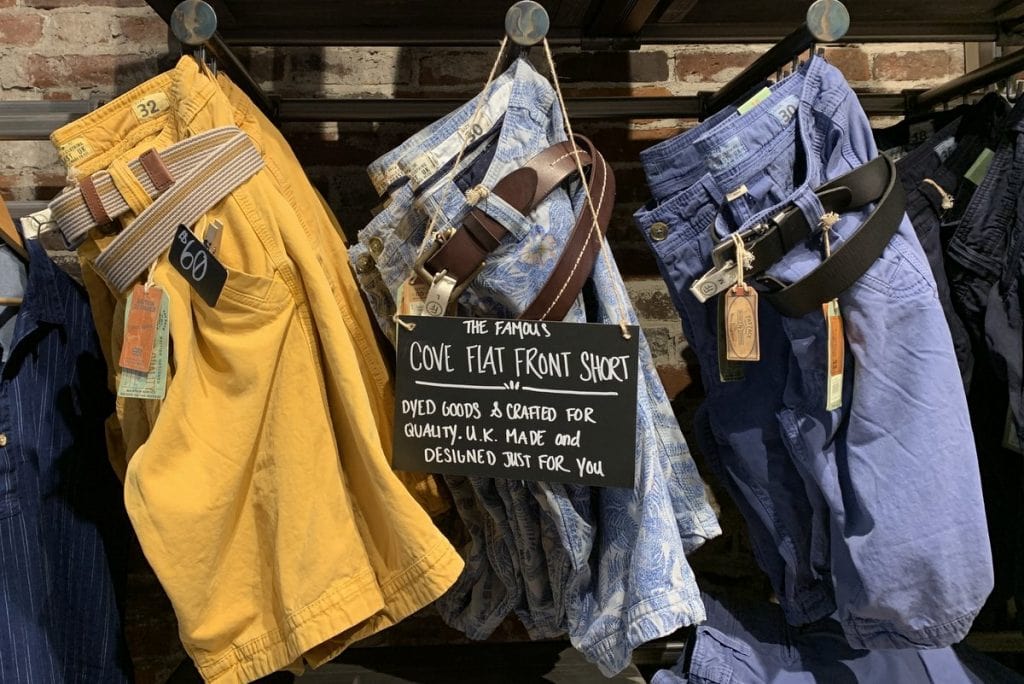 The brand recovered under the leadership of Anthony Thompson, who joined the company in 2013, and expanded to the United States.

Today, Fatface boasts more than 15 stores in the United States, mostly congregated in the Northeast around Boston, Massachusetts, and is stocked by the Von Maur department store chain based in Illinois. 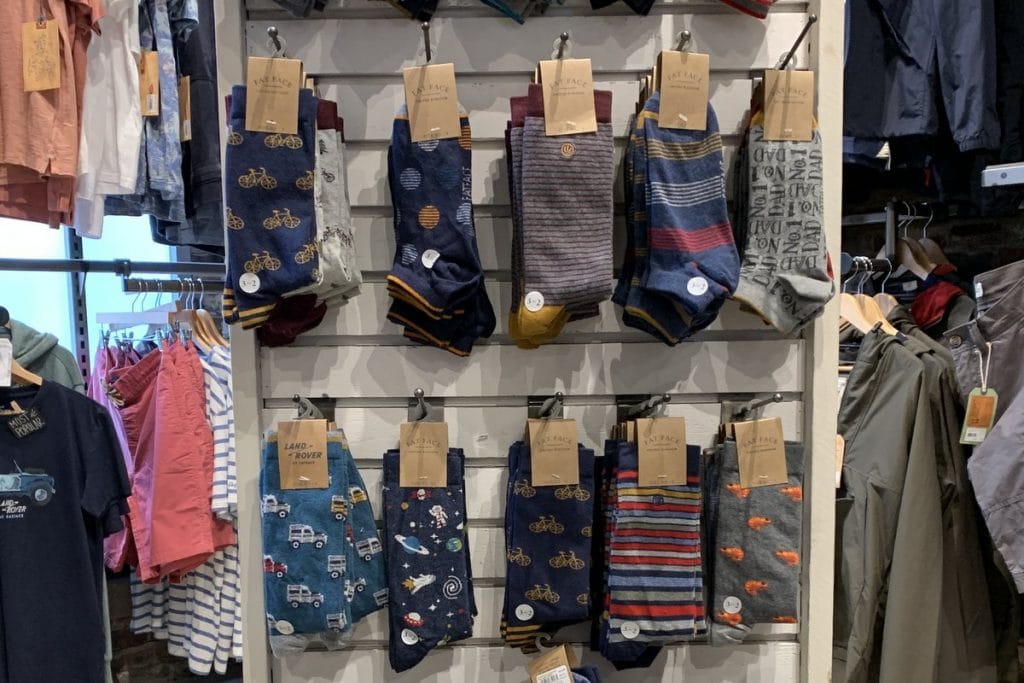 Fatface stocks a wide variety of casual and outdoor wear for men, women and kids.

Their selection includes coats, rain jackets, jeans, cords, chinos and chino shorts, button down shirts, socks, shoes and boots, as well as sweaters, dresses, jumpsuits and rompers for women, and the t-shirts that started it all. 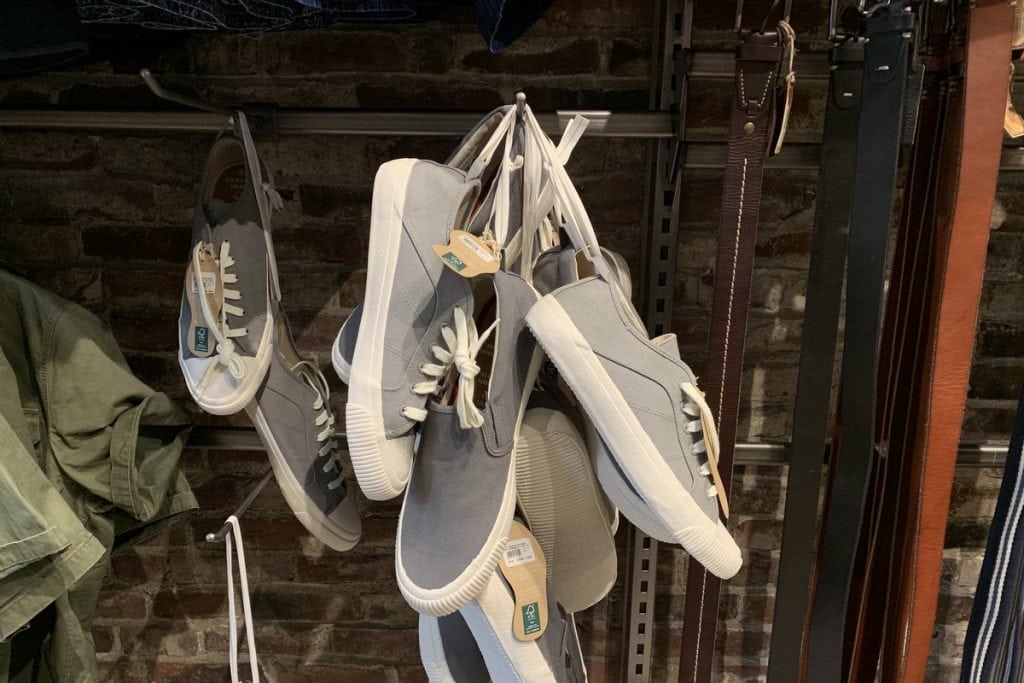 The company is known for its signature Airlie sweatshirt, pictured at the top of this article, which uses a heavy pique fabric that is hard wearing on the outside bus super-soft on the inside. It requires heavy, industrial-strength machinery to make the outer fabric.

It also stocks a “signature” packable jacket that looked good on the rack. 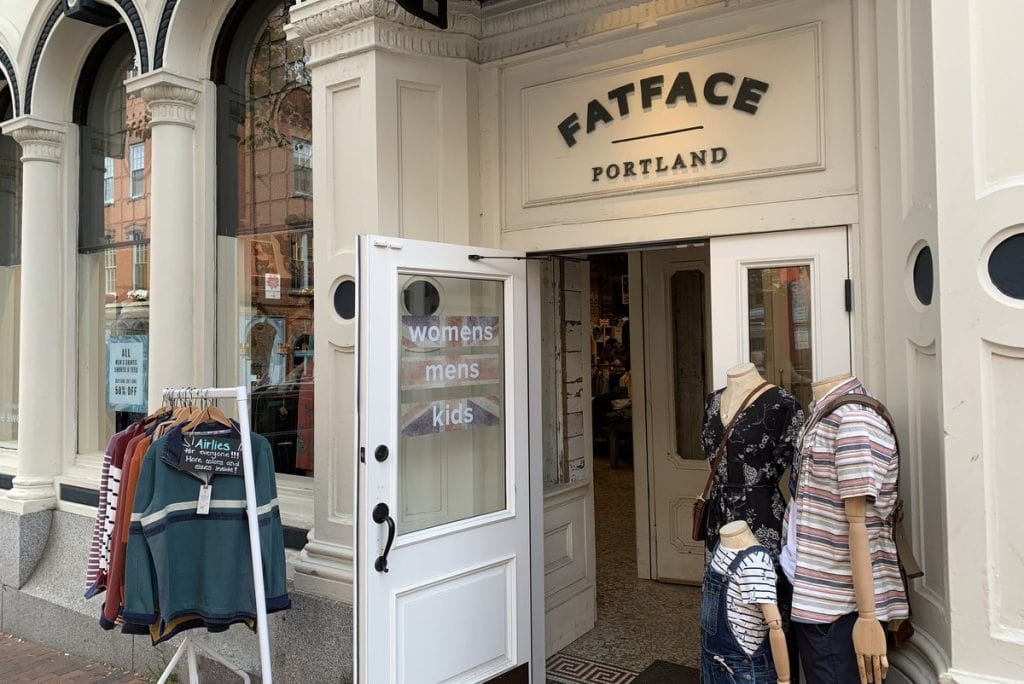 Fatface stores feature a selection of the company’s signature Airle sweatshirts, packable jackets, pants, shirts, accessories and more.  The photos throughout this article, taken with permission, give a look inside the company’s store in Old Port in Portland, Maine.

Swing by Fatface if you’re in the area. Also be sure to wander around the rest of Portland, Maine, which is full of interesting menswear stores. For more options, see my review of Ramblers’ Way, just down the street from Fatface, and look inside Portland Dry Goods, which I think is one of the most innovative menswear stores in America.