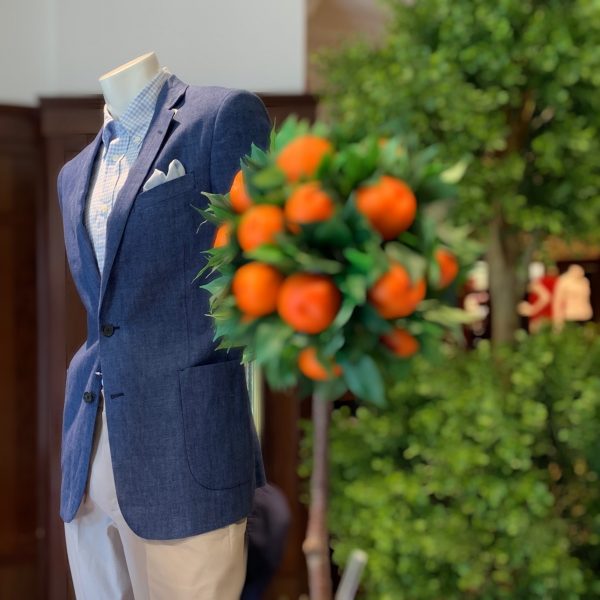 Digital native brands like Bonobos and Warby Parker may be all the rage, but many are looking to get in front of customers like established retailers such as Brooks Brothers and Nordstrom, who have been doing it for years.

I had a chance to stop in the Brooks Brothers in Chevy Chase, Maryland yesterday and was greeted with a summery display featuring a dapper blue linen sports jacket with patch pockets. (Not pictured: a pitcher of lemon aid.)

Brooks Brothers has always done a fantastic job with its in-store displays. Take a look inside Brooks Brothers’ Georgetown concept store to see what I mean.

I’ve always had trouble visualizing how i would look in an outfit I purchase online, and appreciate that there are still brick-and-mortar shops around that let you touch and try on their clothing. It’s even more gratifying when those bricks-first retailers also invest heavily in technology and provide a seamless omnichannel experience like Nordstrom.

Digital first retailers like Away Travel, Bonobos, Black Lapel, Ledbury and Warby Parker have discovered the importance of getting in front of customers, and have begun opening up showrooms, guide shops and pop up shops around the United States.

To give a couple of examples: