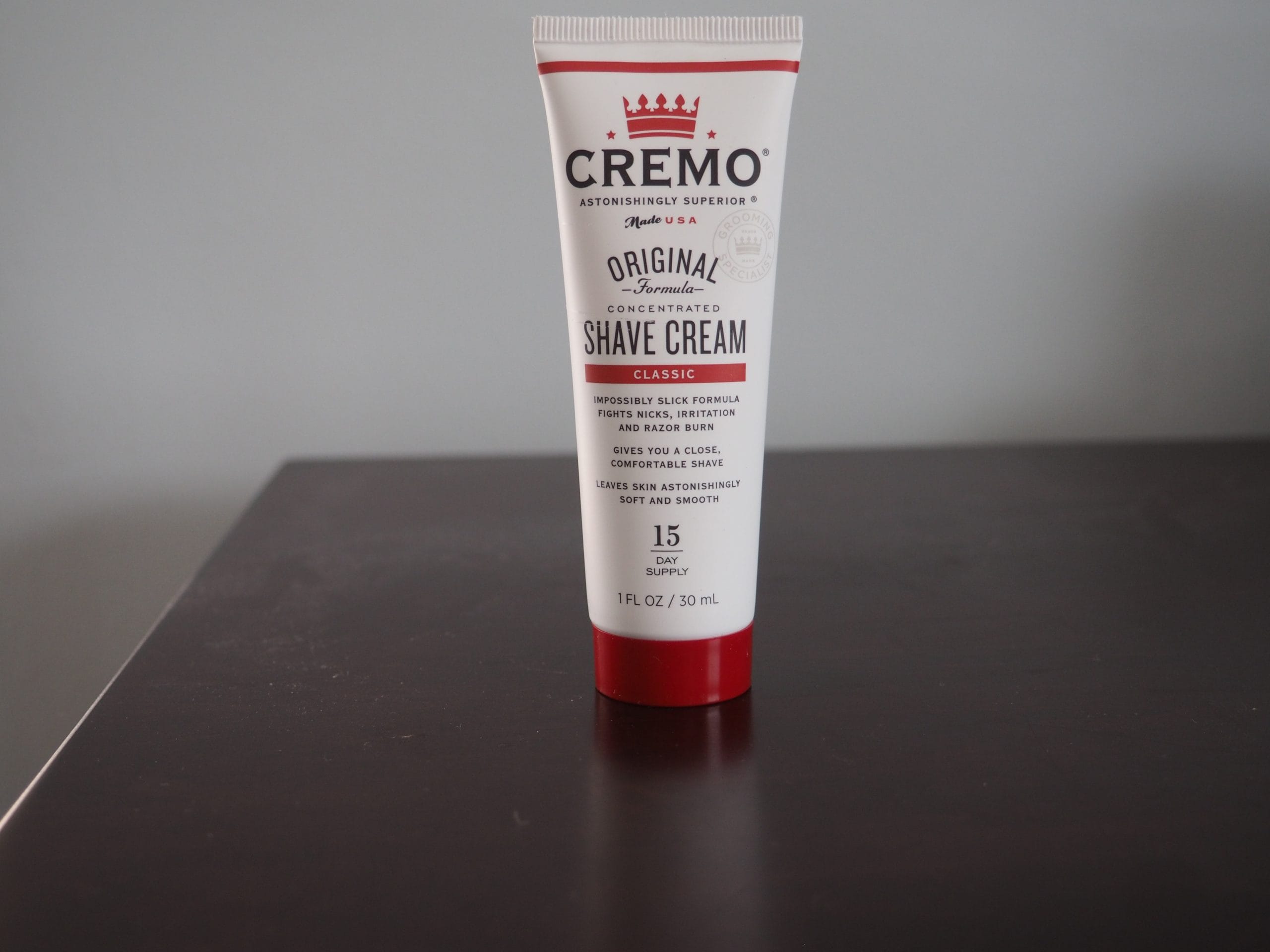 Why I went from hating to loving Cremo Company’s original shave cream.

I hated Cremo Shave Cream the first time I used it.

The first time I tried Cremo Company’s original shave cream, I was not a fan.

I had just arrived in Europe for work.

Fresh off of an overnight flight, I went to my hotel to shower and shave before my meetings began.

Sleep-deprived, I reached for the free sample of Cremo Original Shave Cream that I received at a cool pop up barbershop the company created out of an Airstream during SXSW in Austin, Texas.

I glanced at the description:

Groggily, I scanned the directions.

So I squeezed a small amount onto my hand, worked it into my face and began shaving.

It did not go well.

Having relied on Neutrogena’s Razor Defense Shave Gel for so long, I wasn’t used to using Cremo’s unique, thin formula.

And, it turns out in hindsight, I didn’t use near enough of the product.

I missed the part of the directions where it instructed you to use “an almond-sized amount.”

Instead, I used what could best be described as a peanut-sized amount.

Such a small amount wasn’t sufficient to show up on my face, leaving me guessing as to whether I had shaved one part versus another.

The result was that I missed several places on my face, leaving me with an annoyingly uneven shave.

You know when you are so tired that everything seems hard, and everything new and different seems impossibly frustrating?

That was my mindset at the time. I swore off Cremo’s Shave Cream.

I decided to give Cremo another shot.

I probably wouldn’t have, except that it became increasingly difficult to find my prior favorite product, Neutrogena’s Razor Defense Shave Gel.

I had tried several other shaving creams, gels and mousse, but none of them were right.

So I bought a $1.99 trial sized container of Cremo Original Shave Cream at Target.

This time, fresh off of a good night’s sleep in my own bed, I read the instructions fully and took my time getting to know the product.

It turns out you need to use enough of the cream to make a bit of a visible lather when it mixes with the water on your face.

With the proper amount of cream, I achieved that impossibly close shave that Cremo promised.

It was also easy to see where I had shaved and what still needed to be done.

I used Cremo’s Shave Cream the rest of the week — and have completely changed my tune.

Cremo’s Shave Cream is now one of a small handful of shaving products that I use on a regular basis.

Cremo’s cream is refreshingly different from traditional shave creams that contain SLS or other thickening agents that create a mess of excess foam that sits on top of your face.

So that’s how I have gone from hating Cremo Shave Cream to absolutely loving it.

(I also really like Cremo’s Hair Styling Creme, and have come to regard Cremo as an essential men’s skin care brand.)

I even placed a trial size in my Dopp kit for my next overseas trip.