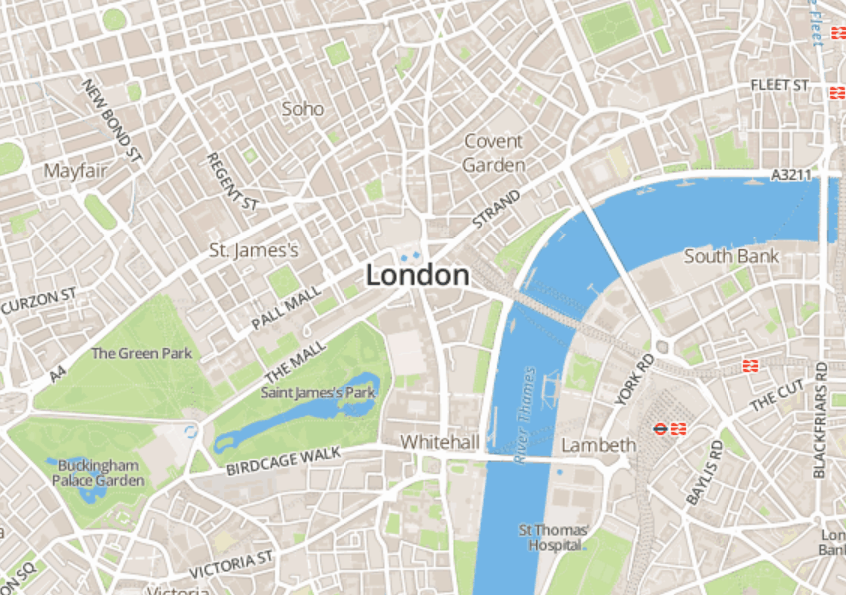 You have just one day in London.  Where would you go?  If shopping for menswear is your answer, read on for the Modern Fellows walking guide to menswear in London.

The birthplace of Beau Brummell and the home of Savile Row, the City of London helped developed modern tailored dress and remains central to men’s fashion.  Perhaps most exciting, while Savile Row has aged and shrunk (as one does when one ages, I suppose), a new generation of entrepreneurs is opening shops across London and making the city a vibrant and exciting place to visit.

Begin at the east end of Jermyn Street, off Piccadilly, at the new shop by Grosvener London, for a look at their nice ties and colorful off-the-rack and made-to-measure shirts. From there, wander towards John Lobb to gaze at their stunning if budget-busting shoes; Hackett, for a more budget-friendly selection of country-inspired sportswear; Boggi Milano, for good-looking Italian-cut off-the-rack suits, shirts and ties; and Segun Adelaja, a small shop in the Princes Arcade, with a great selection of knitted and regimental ties and accessories as well as suiting.

At the far end is a well-appointed and very welcoming shop from Emma Willis, pictured below, with an impressive — though not inexpensive — display of custom shirting fabrics, ties and accessories.

Along that short stretch of Jermyn Street, you will see our friends at Harvie & Hudson, the well-regarded Benson & Clegg, nice shoes at Crockett and Jones, and the likes of Turnbull & Asser, Thomas Pink, Hilditch & Key, Charles Tyrwhitt, TM Lewin, Hawes & Curtis, and Links of London. Time Out London named Paul Smith’s newest London location at 9 Albermarle Street one of the 10 best shops in London.  Sir Paul’s expanded store in Mayfair opened in September 2013 and carries a wide array of his men’s and women’s lines as well as furniture. From suits to ties to books, there is a lot to like in the shop, though his cufflinks always stand out. Paul Smith is also a fantastic place to find luxury designer slippers for men.

London has become a global leader in pop-up shops and alternative retail concepts.  See one interesting example of the trend at the Dover Street Market, just north of Piccadilly and around the corner from No. 9 Albermarle.  Though the selections are highly avante garde or expensive or both, DSM provides a nice window into menswear designers who are pushing the envelope, and a good café on the fourth floor.

From Dover Street, continue north to Clifford Street, where the star of the block is Drake’s London, an amazing destination for (expensive) luxury neckties. Founded in 1977 by Michael Drake, the company’s attractive neckties and accessories are handmade in the East End of London.

As you continue down Clifford Street, you will see that London’s most famous menswear street is just round the corner. When I first visited London in 1999, I remember walking down Savile Row and thinking that the street felt intimidating.  Entrances were set off from the street and often had to be unlocked for passersby to enter.  The block gave off the impression that one had to have a lot of money and self-confidence to enjoy the experience.

Fifteen years later, walking down the street, I felt the same way.

That said, there is a lot of history, style, charm and charmers to be found, including at the tailoring shop of the very friendly gentlemen at Richard Anderson, who visit Washington, DC and other U.S. cities regularly for trunk shows.  While price points are high throughout and the air of exclusivity that some on Savile Row have very effectively cultivated can come off as haughty and standoffish, it’s worth visiting the gents at Richard Anderson, spending some time at Gieves and Hawkes (see inset, below), and discovering newcomers Cad and the Dandy along the street where men from Winston Churchill to Jude Law have come for handmade suits.

A Suit that Fits

David Hathiramani’s growing UK-based company, A Suit that Fits, offers a number of by-appointment destinations to get measured up for suits that start at 495 pounds.  I had a chance to sit down with David at his east London headquarters, where he talked about growing the business in London and internationally.  David emphasized his focus on taking in-person measurements and his development of a rich digital infrastructure to improve scheduling and interaction between customers, UK-based stylists and their Nepal-based tailors in order to ensure a precise fit and flawless customer experience.

Stop by the company’s West End studio for a cup of tea and to understand the experience.  If you can’t make it to London, A Suit that fits is now making a push into the United States, as business partner Warren Bennett recently decamped to New York.

Wander up to Carnaby Street, where famous and emerging designers congregate.  Check out the up-and-coming El Ganso, a Spain-based company that has two locations in London and is looking to expand to New York this year, for modern takes on classic blazers and sportswear (pictured below). Continuing North, most of the major UK department stores congregate around Oxford and Regent Streets.  Liberty – which had fallen on tough times in the past few decades but is in the midst of a revival – and House of Fraser stand out among the rest.

Liberty pushes the envelope with a variety of edgy street wear along with collections from the likes of Paul Smith.

House of Fraser carries more accessible and often affordable brands of off-the-peg tailored clothing like their own exclusive Corsivo and Howick lines as well as stock from the attractive-looking brand Without Prejudice. The retailer is also working emerging UK brands such as Swig Flasks to showcase their products via temporary pop ups and offers useful content like this guide to how to tie a necktie. Fight past the crowds, hop on the underground, and alight at Shore Ditch High Street, Bethnal Green or Hoxton.  Fifteen years ago, this entire area was rough around the edges and not exactly a destination for menswear.  Today, thanks largely to entrepreneurs and artists, these east enclaves of London are buzzing with new construction and the energy that comes from a bunch of creative and driven people living in close proximity to one another.

Wander through the streets of Bethnal Green and Shoreditch to discover a range of clothing and accessory — and tattoo — shops.  (Visit the guys at A Child of the Jago, who are selling some wild fur-collared jackets.) Stop by Boxpark at the Shore Ditch Overground Station, a pop up retail concept where Nike and the Gap sit side by side with business card gurus from Moo.com, UK development organizations, cafes, and local designers. Walk down a few blocks to Carpenter’s Arms, a cozy, bustling pub with good food and great atmosphere.

Click here for a printable PDF walking guide to menswear in London.