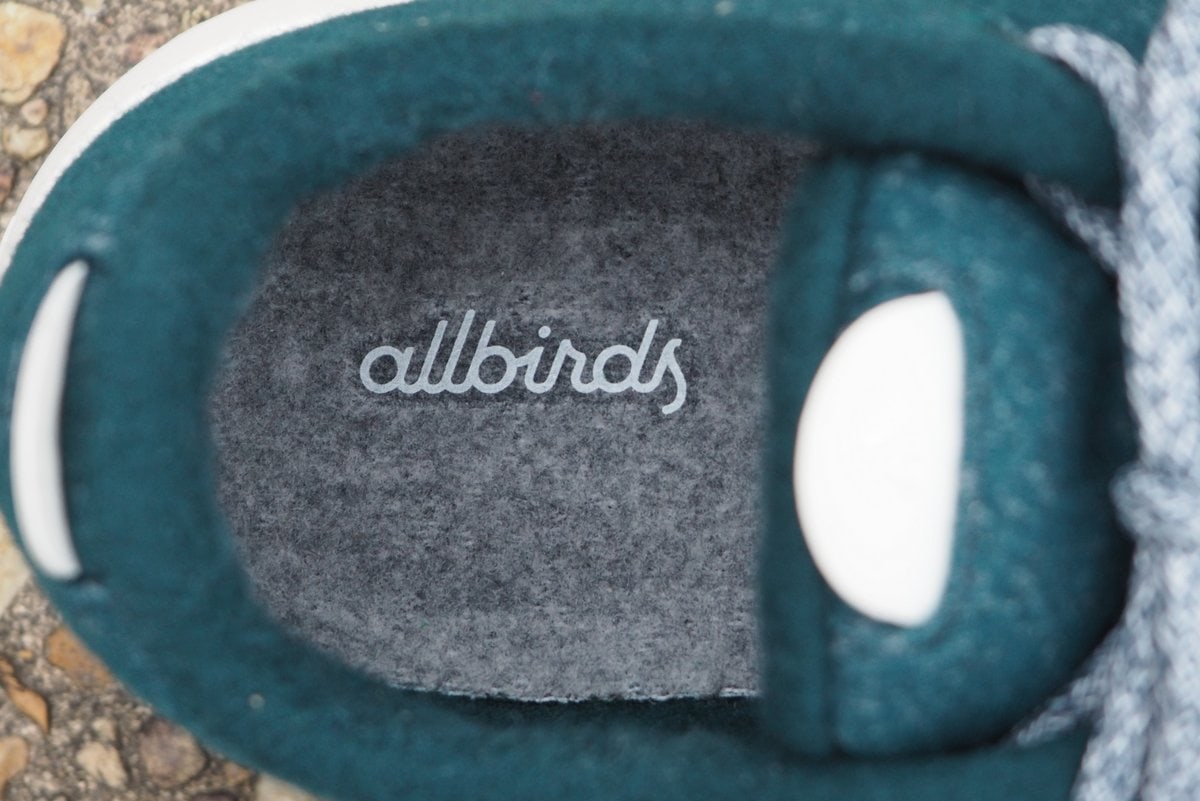 Sustainably-produced minimalist knit sneakers are a versatile option for men and women. Compare the best wool and knit shoes from Allbirds vs. Vessi vs. other brands like Rothy’s, Cole Haan, Wolf and Shepherd and more in this guide.

The Short Answer: The 3 best sustainable knit shoes for women and men

Before diving deep into this post, here are the best sustainable knit shoe brands I’ve found:

The best everyday knit shoes for women and men: Vessi and Allbirds

Vessi and Allbirds both make outstanding knit shoes for men and women. Vessi’s “creature-free” vegan shoes are completely waterproof while Allbirds’ shoes are made from sustainably-harvested merino wool. (Some of Allbirds’ knit sneakers are water-resistant.) They each have a unique style.

The most stylish knit shoes for women and men: Wolf and Shepherd’s Swiftknit Derbies

I adore my Swiftknit Derbies from Wolf and Shepherd. The California-based company has put a ton of thought into the design and execution of their minimalist, lightweight knit sneakers for men and women. I find the Swiftknit Derbies to be dressier than brands like Allbirds. They also now make a waterproof version.

The emergence of sustainably-made knit sneakers

While minimalist knit shoes are not new, the emergence of sustainable fashion brands like Allbirds, Baabuk, Rothy’s and Vessi, alongside continued investments from Cole Haan, has created a lot of options for men and women (and kids).

The selection can be overwhelming depending on where you’re looking. In addition to well-known brands, a quick search for knit sneakers on Amazon reveals a dizzying list of minimalist shoes from a bunch of brands I’ve never heard of, including ehyseli, Sdolphin, Santiro, Beneker, XRH, Dream Paris, Jakcuz, keleimusi, Akk, TIOSEBON, Propet, Ryka, WHITIN, Toandon, CUSHIONAIRE, Fitflop, STQ, and Roxy.

There’s a lot to unpack across minimalist knit sneaker brands from Allbirds to Vessi:

Keep reading to compare the best options for knit sneakers and shoes for men and women.

Before diving into the best brands making knit sneakers for men and women, here is a comparison of how much knit shoes cost from Allbirds, Vessi, Cole Haan and other leading companies. (I have sought to note which of the models below are advertised to be waterproof or water-repellent.)

Where to buy knit sneakers for men and women

Depending on the brand, you should expect to pay between $95-$190 for a good pair of minimalist knit sneakers or oxfords. But there’s a lot more than price that separates brands like Allbirds, Baabuk, Cariuma, Cole Haan, Rothy’s, and Vessi.

Below you can review the best brands making minimalist knit sneakers for men and women. (Many of these same brands make cozy and stylish outdoor slippers as well.)

Co-Founders Mikaella Go, Andy Wang and Tony Yu launched Vessi in 2018 with the goal of creating a shoe that could be “worn all day, every day, in any weather.”

What I love most about Vessi’s minimalist knit shoes is that you don’t need to worry about the rain. Vessi’s knit shoes are 100% waterproof and minimalist and sleek enough to wear across a variety of casual occasions.

Vessi makes several knit sneaker lines for women and men, including a lightweight and sleek “Cityscape Sneaker,” an Everyday Slip-On sneaker, and a slip-on “Weekend Sneaker.” My favorite is the Everyday Move Sneaker, a very minimalist knit shoe that is available in an array of colors. (Vessi is also working on a kids’ collection.)

Vessi’s shoes are made from an innovative “Dyma-tex” breathable and waterproof knit. The insoles are antibacterial and sport a “cloud support” cushion. Underneath, Vessi says (with reason) that its soles are “ultra lightweight and bouncy.”

All of Vessi’s shoes are 100% vegan, which means that everything from the knits to the glue are entirely man-made.

In my review of Vessi’s shoes, I noted that Vessi’s shoes have become a part of my heavy rotation of casual shoes over the past few months thanks to their great combination of style, comfort and construction.

Get a 10% discount coupon off your first Vessi order when you sign up for emails at Vessi.com. (Wait for a pop up to appear on your screen.)

Vessi’s knit sneakers for men and women start at $135.

Allbirds’ story began with co-founder Tim Brown, a New Zealand native who designed a sneaker made from wool and originally launched a Kickstarter pre-sale under the company name “Three Over Seven” in 2014 to sell an early version of the Wool Runners.

Their Tree Dasher for men and women is the company’s “most technical shoe ever,” according to the brand, and was named one of the best inventions of 2020 by Time Magazine. It’s a great option for running, though it’s not waterproof.

Allbirds’ Wool Runner Mizzles are my favorite minimalist knit sneakers from the brand. They are knitted from thick, ZQ-certified Merino wool from New Zealand and feature a water repellent shield and no-slip natural rubber grip on the sole.

Another reason to invest in the brand? Allbirds is an excellent example of a sustainable fashion brand, committing to “measure, reduce and offset” its carbon emissions and deliver transparency along its sustainability journey.

Allbirds operates as a certified B-Corporation and has pledged to reduce its emissions, source low-carbon materials, rely on ocean shipping rather than air, purchase in renewable energy and committing to energy efficiency in its operations.

Allbirds’ knit sneakers for women and men start at $95.

Launched in 2015, Wolf and Shepherd founder Justin Schneider began with a focus on dress shoes for men after hearing friends complain that theirs were uncomfortable.

During the pandemic, buoyed by relationships with sports celebrities including Ron Gronkowski and Steve Nash, Wolf and Shepherd emphasized its versatile sneaker-like Longwing Crossovers and Swiftknit Derbies.

As I wrote in my in-depth review, “Wolf and Shepherd’s SwiftKnit Derby shoes offer a great example of that kind of versatile, go-to item that can be worn at home, work, the coffeeshop and bar. They are comfortable, deceptively easy to slip on and off, and appealingly different.”

While Wolf and Shepherd began life as a men’s shoe brand, the company has started displaying sizing for women as well on select colors of its Swiftknit Derby.

Wolf and Shepherd doesn’t exactly go deep on its sustainability efforts, though the upper is knitted from one single thread of recycled polyester.

My only gripe is that Wolf and Shepherd’s Swiftknit Derby sneakers are not waterproof. (Trust me on on this one.)

Founded in 2013 by entrepreneurs Dan and Galina Witting, Baabuk offers distinctly stylish wool shoes for women and men. Baabuk is a great place to find high-top wool sneakers (their Sky Woolers) as well as low-top wool sneakers and wool slippers.

Also check out Baabuk for their rich and unique colorwheels, including two-tone blue sneakers and bright cherry-red and burnt-orange looks.

Warfield and Grand is a new entrant into men’s footwear. Founder McLain King launched the brand after starting his career in the footwear industry for companies including Gordon Rush, Evolutions Footwear and the Pinnacle Brand Group.

Naadam, which is one of the best places to find sustainably-produced cashmere sweaters online, created sneakers for men and women made from a sustainably-harvested blend of 90% wool and 10% cashmere.

Their shoes are finished with a 100% cotton liner and an algae-based foam insole from Bloom. You can hand-wash Naadam’s knit wool-cashmere shoes.

Founded by Ryan Babenzien and Jon Buscemi in 2012, Greats started life specializing in the vertically-integrated manufacture of leather sneakers.

The Royale Knit is a good-looking woven version of Greats’ most popular shoe, the Royale, and is available for men and women.

Greats brags that the Royale Knit is the “most responsible, and fastest-selling shoe to date” for the brand. The knit sneakers are made from 7 recycled plastic bottles, which are upcycled into yarn, and are 100% Vegan.

The Royale Knit outers are also machine washable (though you should remove the soles, which are not).

Get a coupon for 15% off your first order from Greats when you sign up for texts.

Stephen Hawthornthwaite and Roth Martin began Rothy’s in 2012, but it took the pair 4 years to fully launch their brand, which started with a focus on comfortable women’s flats sustainably-made from recycled water bottles.

That patience paid off, as Rothy’s has been profitable since its founding and was named one of the 10 most innovative style companies of 2020 by Fast Company.

Rothy’s has diversified from its initial focus on women’s flats and today makes minimalist knit sneakers for women and men along with a variety of knit slip-on shoes for men and women.

Rothy’s also makes colorful kids’ loafers and sneakers, which is how I first discovered the brand. (My daughter showed me a feature on Rothy’s in her National Geographic book about sustainable fashion brands helping to recycle and save the planet.)

To date, Rothy’s has repurposed more than 76 million plastic bottles and halted 100 tons of plastic from waterways.

One note: Rothy’s knit shoes and sneakers are not waterproof.

Get a $20 discount coupon off your first Rothy’s order of an item of $50 or more.

Cole Haan has been innovating around athletic dress shoes and comfortable footwear for years from its Innovation and Sports Lifestyle Design Center in Greenland, New Hampshire.

launched a new line of ZERØGRAND shoes, which incorporated what the company referred to as Grand.Os technology. Their designers focused on ergonomic design, cushioning, propulsion and flexibility to create more comfortable dress shoes.

Since then, Cole Haan has continued to focus on comfort, pushing out the technology into a series of shoes and sneakers under sub-brands including GrandRevolution, ZERØGRAND and GrandPro.

For men, Cole Haan’s Generation ZERØGRAND shoes are constructed from an “ultra breathable Stitchlite knit upper” and a lacing system that secures laces in place and turns them into a slip-on shoe.

New York-based direct-to-consumer startup Glyph sells knit loafers for men and women. The company claims to produce “the most versatile loafers on the planet.”

Glyph’s shoes are water-resistant and machine washable. They employ digital knit technology that enables to shoe to shape comfortably around your foot.

How do Vessi’s shoes compare to Allbird’s sneakers?

The most noticeable difference is that Vessi’s shoes are made of a vegan knit while Allbirds’ sneakers are constructed from ethically-produced ZQ merino wool.

Vessi’s sneakers tend to be lighter than Allbirds shoes, and the vegan knit is springy to the touch. Allbird’s shoes are cozier thanks to the warm merino outer.

Both Vessi and Allbirds’ shoes are similar in that they were designed to have a sock-like feel. (Both have laces, but you do not need to retie them every time you slip on your shoes.)

Both Allbirds and Vessi shoes also feature a thick, prominent, and often-white, outer sole that grounds their shoes.