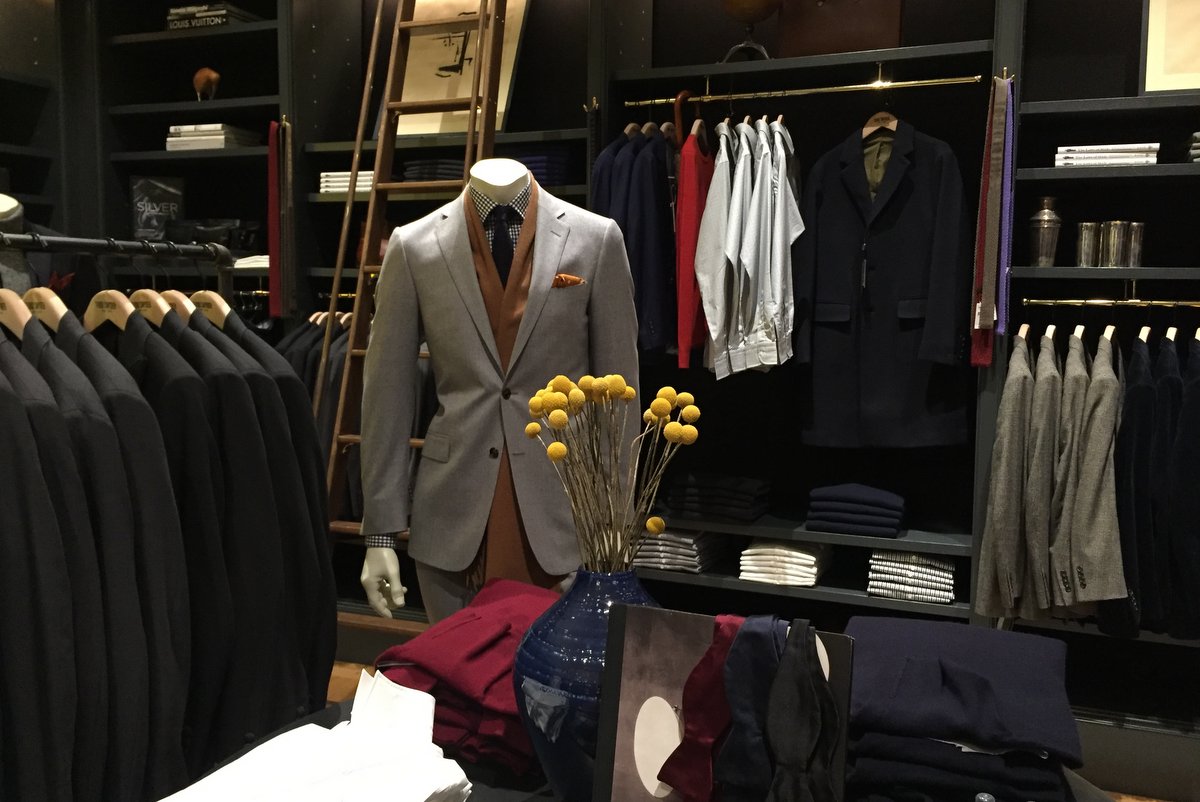 If you like Brooks Brothers but are worried about what their bankruptcy filing means for the iconic brand, check out these fresh alternatives for dress shirts, suiting, casual button down shirts, dress pants, chinos, polos and more.

While Brooks Brothers has been innovating since 1818 and is an iconic American brand, the company can seem a bit staid.

Brooks Brothers has also been buffeted by the COVID-19 crisis, as have a range of other menswear brands from affordable luxury shoe brand Wolf and Shepherd to heritage-quality bags company Satchel and Page.

In response to significant pressures on the company and the industry, on July 8, 2020, Brooks Brothers announced it would seek chapter 11 bankruptcy protection and that it will close up to 50 of its stores.

With all of this turmoil, this article explores interesting alternative brands like Brooks Brothers and traces how the company has come to the point of bankruptcy, store closures and likely shuttering its American factories.

At the time of their founding in 1818, they were fashion innovators, introducing modern takes on classic fashion, like the Repp necktie, madras prints and seersucker to an American audience.

Brooks Brothers is written into the history of the United States. The company has suited up 40 U.S. presidents, including Abraham Lincoln and John F. Kennedy, who were patrons of their shops. The company supplied soldiers’ uniforms for the Civil War. Abraham Lincoln was wearing a custom Great Coat from Brooks Brothers on the night he was assassinated.

The company was family run until 1946, after which it was controlled by a number of different owners. (You can check out a nice timeline of major events and owners on Brooks Brothers’ website.)

Claudio Del Vecchio bought Brothers in 2001 and resurrected the brand, launching high-end collections and collaborations and restoring the company’s reputation for quality and customer service.

I have enjoyed rediscovering the brand under Del Vecchio’s leadership, and wandering around Brooks Brothers’ terrific concept store in Georgetown that features their Red Fleece and Black Fleece collections.

Brooks Brothers remains a solid bet for affordable dress shirts for men, and has been offering deals like 3 shirts for $149 or 4 shirts for $199 to match the price of brands like Charles Tyrwhitt (whose shirts I also like).

It is also synonymous with the made-in-America movement (even though not all of its products are made in the United States). Del Vecchio and the company regularly tout their 3 American factories, which Brooks Brothers repurposed to make facemasks in response to COVID-19.

On May 21, 2020, Gordon Brothers, a specialist in liquidating companies for their assets, announced it had provided Brooks Brothers a $20 million secured loan. Days earlier, Brooks Brothers announced it would lay off more than 400 employees at its Southwick manufacturing facility in Massachusetts.

Multiple news reports indicate Brooks Brothers is likely to close all three of its manufacturing operations in Massachusetts, New York and North Carolina.

On August 11, 2020, a group led by the Authentic Brands Group and the SPARC Group, a venture of the Simon Property Group, announced plans to purchase Brooks Brothers. (The sale of Brooks Brothers is contingent on the approval of bankruptcy court.)

The loan facility Brooks Brothers secured from Gordon Brothers was not enough to forestall bankruptcy from the more than 200-year old iconic retailer.

In a July 8 note posted on Twitter, Brooks Brothers indicated it had “announced a sale process to find a potential new owner who believes in our mission and our values and who shares our ambition.”

To facilitate a sucessful sale of the business, we are also filing for chapter 11 protection to manage what has been an incredibly challenging period for all industries, especially retail, during the COVID-19 pandemic.

This strategy is intended to preserve the original mission of our brand since 1818: serving customers through innovation, fine quality, personal service, and exceptional value.

Brooks Brothers promises that its well-known reputation for customer service won’t be impacted in stores or online.

There will be no changes to gift cards, My Brooks rewards points or to the Brooks Brothers credit card, according to the statement.

The company also notes that it is “making strong progress on reopening the majority of our physical stores that were closed due to COVID-19.”

When it comes to alternatives to Brooks Brothers, there are plenty of well-known and long-established brands that come to mind like Ralph Lauren and J. Crew. But those brands are also struggling amid a retail climate shifting to brick and mortar 2.0 and the intense pressures on fashion retailers caused by the COVID19 crisis.

The following list focuses on innovative, recent and/or under-the-radar direct-to-consumer brands that are helping to create a new retail landscape for men and women.

I can’t think of another brand best poised to inherit the mantle of forward-looking men’s style than Ledbury. The Richmond-based direct-to-consumer retailer specializes in refreshed and and slightly-preppy takes on classic men’s style. They have married an impressive online platform with old fashioned customer service, storytelling and loyalty perks. I always look forward to their release of new collections of button-down shirts, chinos, blazers, suiting, neckties and more each season and, in my experience, their customer service has been stellar.

In my opinion, Ledbury is one of the best options for menswear around today, and they are a great option to find new Zoom shirts to wear on videoconferences. Similar to Brooks Brothers, founders Paul Tribble and Paul Watson’s hyper-focus on customer service has earned them hyper-loyal customers:

The two have built their brand with a laser-like focus on their core customers. Their ability to connect with customers and deliver well-fitting, unique products through everything from handwritten notes to quail hunting excursions has instilled a great deal of loyalty: Ledbury boasts that hundreds of their best customers own more than 100 shirts each.

The Endorsement: Ledbury is one of the best menswear options around

Nicolas Wheeler founded Charles Tyrwhitt back in 1986. In the last thirty years, Charles Tyrwhitt has made inroads in America through an omnichannel approach to retail, from frequent catalog mailers and inserts in the New York Times to internet advertising to establishing a network of brick-and-mortar shops like this one alongside Farragut Square in Washington, DC.

I really like their shirts, which have held up very well for me over the years. (I prefer their extra slim fit, as even the regular slim fit can be a little blousey.) CT also makes nice slim fit woven and grenadine neckties, off-the-rack suiting, slacks, casualwear and dress shoes.

I like Bonobos. Founded by Andy Dunn and Brian Spaly out of Stanford Business School (and purchased by Walmart in 2017), the digital-native is at the forefront of Brick-and-Mortar 2.0, seamlessly integrating its online offerings with physical guideshops around the United States and snail-mail catalogs.

While Bonobos is known for its chinos, they also specialize in suiting, dress shirts and pants, shawl-collar sweaters, and a ton of weekend attire (think colorful polos, short sleeve button down shirts in wild, stand-out prints, and shorts), coats and lounge-wear.

Todd Snyder is one of the best menswear brands in America, period.

His company specializes in a similarly-wide variety of lines as Brooks Brothers, from travelers’ suits and oxford button-downs to colorful, fruit-flecked pocket squares and watermelon cufflinks to made-in-the-USA polo shirts and madras weekend shorts.

Snyder is also king of often-whimsical collaborations, developing sweats with Champion, dock shoes with Sebago and watches with Charlie Brown and the Peanuts gang.

Todd Snyder isn’t exactly an affordable alternative to Brooks Brothers, but it’s surely an upgrade, and I love to wander around Todd Snyder’s flagship store in New York.

Based in Florence, Alabama, Billy Reid describes itself as “a modern southern atelier” that “take[s] your favorite wardrobe staples and improve[s] them through unexpected, high-quality detailing.”

Billy Reid began his first men’s collection out of New York in 1998 under the name William Reid. After the September 11 attack, he shuttered the brand and moved to Florence, Alabama, where he grew up, and built back Billy Reid from scratch.

In 2004, he began opening the first Billy Reid stores in Texas. Today, Billy Reid sells menswear and women’s clothing from its series of shops around the United States — including one on M Street in Washington, DC’s Georgetown — and wholesale through department stores including Bloomingdale’s, Neiman Marcus and Nordstrom.

Christened the Urban Outfitters of preppy style, Tuckernuck is a Washington, DC-based fashion startup, which was launched in 2012 by founders Jocelyn Gailliot, Maddy Moore, and September Rinnier. Tuckernuck sells its own clothing and accessories alongside other curated brands. For men, those brands include Barbour, B. Draddy, Faherty, Ledbury and Smathers and Branson. Its bestsellers for men include twill pocket pants, striped polo shirts, and quilted sweaters. For women, Tuckernuck has everything from puff sleeve blouses, flowy-floral dresses and striped tunics to simple sandals, clutches and bags.They also make a collection of face masks in response to COVID-19.

Jacobi Press, founded his company in 1902 on the campus of Yale University. J. Press has been responsible for popularizing a number of iconic, preppy menswear pieces including the sack suit, the oxford button-down and the brushed shetland wool “Shaggy Dog” sweater. Today, J. Press provides a variety of pieces of a man’s wardrobe including oxford, broadcloth and end-on-end shirts, casual pants, shorts, polos, sweaters and tee shirts, socks, belts and braces, and tailored suiting.

French heritage brand Armor Lux has been synonymous with the Breton top for nearly 100 years. Founded in 1938 in Quimper, France, its often-bright, often-stripey clothes are inspired by the sea and feature high-quality knits from the company’s factories in Britany.

Their preppy attire includes dapper peacoats, car coats and raincoats, cardigan sweaters, linen trousers, cotton shorts and, of course, Bretons. You can find Armor Lux clothing in some of the best menswear shops in the United States including Portland Dry Goods in Maine as well as online at one of the best online retail destinations for men, Huckberry.

Southern Tide features vivid, colorful and very preppy clothing for men and women. Their dresses and casual blazers feature materials like seersucker that Brooks Brothers was famous for introducing to American consumers a century ago. They also sell a variety of polos and button down shirts for men, which look nice if you don’t mind a logo plastered on them.

Vineyard Vines specializes in fun and colorful spring essentials like swim trunks, island tee-shirts and short-sleeve button down and polo shirts for men and dresses, polos, swimwear and cover-ups for women. They also sell the kind of whimsical printed ties that Brooks Brothers often stocks, and has a collection of work-from-home wear for women and men. Like Southern Tide, Vineyard Vines also plasters its logo on much of its clothing.

Even more alternatives to Brooks Brothers

If you’re looking for even more alternatives to Brooks Brothers: